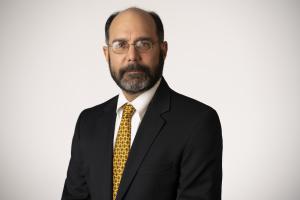 Marcia Wagner, the Managing Director of The Wagner Law Group,is pleased to announce that attorney Israel Goldowitz has joined the firm as Partner.

Our amazing team of attorneys is now joined by one of the nation’s foremost experts in employee benefits, whose vast experience, including as Chief Counsel of the PBGC, speaks for itself.”
— Marcia Wagner

BOSTON, MA, USA, January 23, 2019 /EINPresswire.com/ — Marcia Wagner, the Managing Director of The Wagner Law Group, widely recognized as the country’s top ERISA and employee benefits law firm, is pleased to announce that attorney Israel Goldowitz has joined the firm as Partner. “Our amazing team of attorneys is now joined by one of the nation’s foremost experts in employee benefits, whose vast experience, including as Chief Counsel of the PBGC, speaks for itself. We are extraordinarily proud to welcome Izzy,” says Ms. Wagner.

Mr. Goldowitz has more than 35 years of experience in employee benefits, most notably with mergers and acquisitions, restructuring, and bankruptcy as they affect pension plans. As the Chief Counsel for the Pension Benefit Guaranty Corporation (PBGC), Mr. Goldowitz led the legal teams that helped save the pensions of such companies as Chrysler and American Airlines. He also led the legal teams that negotiated pension protections with such companies as Sears and Gannett.

Mr. Goldowitz is a seasoned litigator who has helped establish several key precedents in the U.S. Supreme Court and Courts of Appeals. Among them are decisions upholding mandatory arbitration of withdrawal liability claims, defining the rules for terminating single-employer plans and for related asset distributions, and confirming the application of ERISA in pension disputes in bankruptcy.

Mr. Goldowitz began his career with the United Mine Workers of America Health & Retirement Funds, a pioneering group of multiemployer plans. He was the lead PBGC attorney on multiemployer transactions, rulings and advice for many years, and most recently, oversaw that work as PBGC’s Deputy General Counsel for Program Law and Policy. He has also had charge of several friend-of-court briefs that helped shape the law governing multiemployer plans.

While serving as Deputy General Counsel, Mr. Goldowitz also oversaw the development of regulations and other guidance for the PBGC single-employer and multiemployer insurance programs and advised Congress on legislative proposals affecting those programs. Additionally, he advised on retirement security in general, including new models for improving employee coverage while limiting employer cost and exposure.

Mr. Goldowitz is well known in the ERISA and bankruptcy community and to leaders in government, business, employee, and retiree associations, and academia. He is a frequent speaker and has written book chapters, articles, and continuing legal education materials on both employee benefits and bankruptcy topics. Mr. Goldowitz is a member of the Board of Governors of the American College of Employee Benefits Counsel and is active in the International Pension and Employee Benefits Lawyers Association. He served on the Labor and Benefits Advisory Committee to the American Bankruptcy Institute’s Chapter 11 Reform Commission and co-wrote the report of the pension subcommittee. Mr. Goldowitz has taught in the Georgetown University Law Center Masters of Law program since 1991 and is a member of the John Marshall Law School Employee Benefits Advisory Board. He earned his J.D. from George Washington University National Law Center and his B.A. in History from Boston University.

The Wagner Law Group has been dedicated to the highest standards of integrity, excellence and thought leadership for over two decades and is considered to be the nation’s premier ERISA and employee benefits law firm. With 37 attorneys in nine offices, it provides unparalleled legal advice to its clients, including large, small and nonprofit corporations as well as individuals and government entities nationwide and in several foreign countries. The firm’s attorneys combine many years of experience in their fields of practice and include those who are AV rated by Martindale-Hubbell and have been named to the prestigious Super Lawyers list for 2018. The Wagner Law Group is nationally ranked as a Tier 1 Best Law Firm by the U.S. News & World Report and is certified as a woman-owned and operated business by the Women’s Business Enterprise National Council.