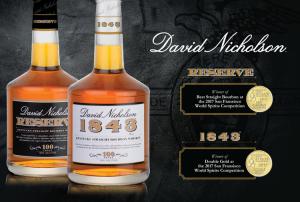 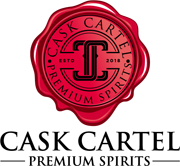 CHEYENNE, WYOMING, US, May 10, 2019 /EINPresswire.com/ — The best alternative to Henry McKenna 10 Year Old is none other than David Nicholson Reserve Bourbon, Previously owned by the Van Winkle Family till 2000 it’s considered an acclaimed spirit awarded at the highest level a Double Gold at San Francisco World Spirits Awards. This marvelous bourbon is available for purchase at CaskCartel.com (https://caskcartel.com/)

However, fine bourbon enthusiasts who cannot find Henry McKenna Single Barrel due to its allocated status look no further! David Nicholson Reserve Bourbon stands out as being the next best thing. In fact, the bourbon is seen as a hype-free, lower-cost alternative with plenty of current availability.

Until recently, most of David Nicholson Reserve has been sold in Missouri and Illinois. Now that Cask Cartel has brought it online thru its marketplace which makes it more appealing for fine-drink lovers from other states who can now finally grab a bottle of this amazing highly accolated bourbon.

In 2017 David Nicholson Reserve bourbon was also been showered in gold by winning the highest accolades with double gold medals in the San Francisco World Spirits Competition. Additionally it also received the title of the “Best Straight Bourbon. The quality and value of this extra-aged “ryed” bourbon is peerless, making it an obvious choice.

David Nicholson has humble origins and only hard work and passion made the brand gain popularity. This passion and continuous search for perfection has been crystalized in every drop of precious liquid. The brands can trace its origins in the first half of the 19th century.

Named after it’s inventor, a St. Louis store owner who created the famous “43” bourbon recipe and sold it in 1843. Soon after that, Julian "Pappy" Van Winkle begins distilling and bottling the bourbon. David Nicholson whiskey remained in the Van Winkle family till 2000 when Luxco purchased it. Nonetheless, for almost 2 centuries, the recipe has been passed generation after generation and it has remained unaltered.

David Nicholson Reserve Bourbon is a high-rye mashbill, bottled at 100-proof and with a perfect balance of sweet and spicy flavors.

Luxco’s drive to innovate has quickly allowed them to become one of the top USA-based independent producers of alcohol beverage products. They produce and market a wide array of products across all categories. With over 18,000 square feet, 6 barrel warehouses at capacity and a 43-foot custom copper still, Lux Row Distillers is capable of producing 3 million gallons of spirit per year. When fully complete, they will process 50 thousand barrels of whiskey annually.

About Cask Cartel
Cask Cartel was founded in 2014 and brought online in 2018. It is a company that comprises a team with over 4 decades of experience in the alcohol beverage industry. Cask Cartel has extensive relationships with Producers and Brands across the US and the rest of the world that brings its customers first access to limited productions and allocated items. They are an E-Premise Marketplace that’s transforming the way premium spirts are shopped, sold and fulfilled online by combining the widest range selection of premium spirit beverages available.