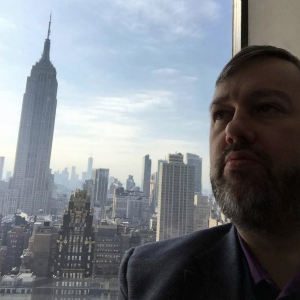 Decision Point has unlimited potential in all verticals and sectors and can deliver information in a useful format on which to base decisions. In response to growing concerns around the operation and accountabilities of AI algorithms and the potential for legislation or certification of AI's Decision Point has decided to adopt an Operational Passport approach.  The AI Operational Passport is linked to the existing augmented intelligence platforms capacity to create regulatory point in time reporting. The functionality for the AI Operational Passport already exists as it is fundamental to defence and security to have traceability on decision making for oversight and legality of actions.  Additionally the adoption of this approach follows the recently launched United Kingdom report on Trust, Transparency and Technology: Building Data Policies for the Public Good, by the All-Party Parliamentary Group on Data and Analytics.

With the levels of complexity and constant market movement experienced by organisations, enterprises, divisions defining the right question can often be a huge and expensive process. Long before being able to decide the next move, having the capacity and time to understand all the data points, opinions and perspectives requires months or years to confidently direct transformation, customer relationship management, operational risk management. And for fast moving aspects of commerce, transactions need to rely more and more on automation.

Companies need proof and traceability to confidentially make decisions an AI operational passport with an algorithmic blackbox establishes the assurance needed in regulatory and compliance environments not only explain what was done but why. Karl Smith, Director of Decision Point

Decision Point creates algorithmic logic models based upon subjective logic for each query our clients have. Each query is built with the direct engagement of client side subject matter experts to provide subjective insights on the rules and priorities within the data supplied for the algorithmic logic models which are then productised as queries and tool sets for clients.