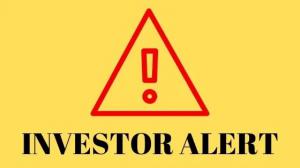 Additional lawsuits are filled as investors are very alarmed by the massive drop in their GPB Capital share prices.

PALM BEACH, FL, USA, July 8, 2019 /EINPresswire.com/ — Last month the media reported that GPB Capital share prices declined as much as 73%. This information is devastating for many GPB Capital investors. Many investors are now getting statements that show substantial losses.

The lawyers at www.InvestmentFraudLawyers.com (Haselkorn & Thibaut, P.A.) have filed numerous claims on behalf of GPB Capital investors, and they are continuing their investigation on the GPB Capital problems. In addition they are reviewing the activities by various broker-dealer companies and financial advisors who have been promoting GPB Capital investment capital to their customers.

Investors have a limited time to recoup losses and are encouraged to call 1-888-628-5590 or visit their website for a free review of the case.

Despite months of negative news and reports from a variety of different sources, many investment firms, who earned a reported $100 million in commissions in selling GPB Capital for their clients, continued to communicate the value of the GPB Capital investment capital in the original purchase price value on customer account statements (despite all the negative information.

For months now, many GPB Capital investors were able to tune out the adverse news reports and were comfy sitting on the sidelines because when their monthly account statements came in the mail, the statements continued to reflect the full original purchase price for all those investment funds.

While experienced broker-dealers and professional financial advisers well understood those reported values were probably not accurate reflections of the worth of this investment capital; they left the clients to fend for themselves (since they had already earned their commissions).

After GPB Capital recently announced a significant drop in the value its two biggest investment funds (GPB Holdings II and GPB Automotive Portfolio) investors are now left wondering what they can do to attempt to recoup their investment losses. A lot customers will be surprised when they receive their account statements in the mail next month, and that's likely only the beginning.

As reported on June 21, 2019, the year-end 2018 values are representing substantial losses for investors, and keep in mind GPB Capital hasn't yet revealed the real and present value of its funds for 2019. Considering that this announcement comes on the heels of a slew of terrible news in 2018 for GPB Capital, it's highly unlikely the current values (when they're finally reported) will improve, in reality, just the opposite is likely.

Why and how can so many people investors possess so much GPB? Make no mistake, GPB private investments were marketed to public investors by financial advisors. They made commissions as high as 8% in selling these investments to unsuspecting public investors. So the answer is quite clear frequently; it was greed. In the process, more than $1.8 billion in the capital was raised by GPB Capital.

With as much as 60 independent broker-dealer firms and thousands of professional financial advisors selling GPB investments funds over the past several years, the net effect here could be an enormous loss for public investor customers all around the country. Well-known broker-dealer companies, including Sagepoint Financial, Dawson James, FSC Securities, Advisor Group, and Woodbury Financial, have promoted and sold the GPB investments to their clients.

For a free, confidential consultation with one of our experienced investment fraud attorneys, please call now 1-888-628-5590.