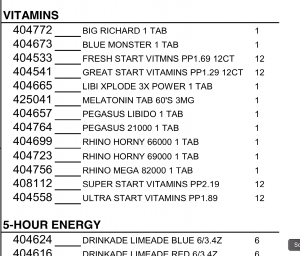 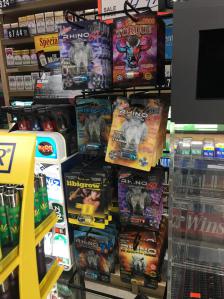 SAN DIEGO, CALIF., USA, July 8, 2019 /EINPresswire.com/ — A manufacturer of dietary supplements filed a federal lawsuit in San Diego against a major distributor of over-the-counter pills found by the FDA to secretly contain Viagra and Cialis. Sold under various brand names such as Rhino and Libigrow, the products are marketed as “all natural” male enhancement pills and do not disclose the presence of the hidden drugs. Men who took the pills have suffered medical emergencies including heart attacks and penis surgeries, the complaint alleges.

Trepco Imports and Distribution, Inc., of Poway, Calif., distributes more than two dozen of these male enhancement products — calling them “vitamins” — through various DBA entities, selling them to hundreds of gas stations, convenience markets, liquor stores and smoke shops in Southern California. The pills are intentionally mislabeled as “herbal” or “natural” and consumers are not informed they contain the regulated pharmaceuticals.

Viagra and Cialis can only be prescribed by a physician. Due to an increase in reports of consumer harm from adulterated male enhancement pills, federal agencies have intensified efforts against their proliferation. Federal authorities believe a South Korean national arrested in October 2018 was a ringleader in an international scheme to import, package, and distribute Rhino, Libigrow and similar products.

Despite the government’s increased efforts to police the marketplace, and despite numerous warnings to Trepco’s lawyers, the lawsuit alleges that Trepco knowingly continues to offer these pills for sale to convenience stores. Given the gap in law enforcement and the impact on the marketplace for supplements in this niche, federal unfair competition law provides a way to protect the public, according to the lawsuit filed July 1 in federal district court in San Diego.

“Trepco continues to distribute products the FDA has identified as dangerous, despite warnings from the federal government and my office,” said Los Angeles Attorney Robert Tauler, of Tauler Smith LLP. “Sworn affidavits my office has obtained as part of our investigation say that Trepco generates over $250 million a year in revenue. They should just stop selling this stuff.”

Tauler is a nationally recognized authority on adulterated health supplements and false advertising law who represents Houston-based Outlaw Laboratory, which makes a natural male enhancement supplement that follows the law and all FDA guidelines.

The case number is 19CV1229CABKSC, filed in the Southern District of California, U.S. District Court.