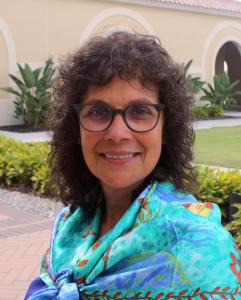 The National Council of Juvenile and Family Court Judges has elected Ramona A. Gonzalez to president of the NCJFCJ Board of Directors.

Judge Ramona A. Gonzalez's commitment to promoting diversity while exercising judicial leadership will make her a great leader of the NCJFCJ.”
— Joey Orduna Hastings, CEO, NCJFCJ

“The NCJFCJ has been fortunate to have Judge Ramona A. Gonzalez as an active and highly-sought after judicial expert in educating her peers on matters that affect our most vulnerable population – the children and families who seek justice,” said Joey Orduna Hastings, CEO. “Her commitment to promoting diversity while exercising judicial leadership will make her a great leader of the NCJFCJ.”

Born in the Dominican Republic, Judge Gonzalez becomes the first foreign-born NCJFCJ president. She was first elected as a circuit judge in 1995 and re-elected in 2001, 2007 and 2013. Judge Gonzalez is a leading expert on family law issues, specializing in particular on national and international matters relating to child abduction, unaccompanied minors and immigration, LGBTQ+ youth, and domestic violence. She has participated in conventions, conferences, seminars and workgroups throughout the world as a representative of the U.S. judiciary, and regularly addresses national and international audiences as a trainer and keynote speaker.

Judge Gonzalez served on the Wisconsin Anti-Human Trafficking Task Force and is a member of the Wisconsin Judicial Committee on Child Welfare and the Wisconsin Department of Children and Families, Advisory Council of Juvenile Justice. On a national level, she is also a member of the National Juvenile Defender Center Judicial Council, Association of Family and Conciliation Courts, American Judges Association, and the National American Indian Court Judges Association. Earlier this year, Judge Gonzalez testified before the House Judiciary Subcommittee on Crime, Terrorism, and Homeland Security on the Reauthorization of the Violence Against Women Act (VAWA).

Judge Gonzalez received her bachelor’s degree in political science from Loyola University in Chicago and her law degree from the Marquette University Law School.