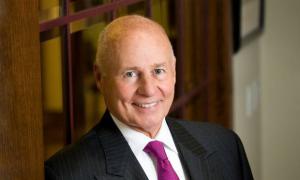 “We're honored to include Tom Girardi of Girardi Keese into our BoLAA family.” ~Aurora DeRose

The “Best of Los Angeles Award” community was formed four years ago and consists of over 5,400 professional members living and working in Southern California. It celebrates the best people, places and things in Los Angeles with a slogan “No Ads. No B.S. Only the Best.”

“The mission of the community is to celebrate the best of Los Angeles, and allow its community members to connect with other members who share the highest standards of quality and integrity,” expresses DeRose. "We're honored to include Tom Girardi of Girardi Keese into our BoLAA family."

With nearly fifty years of experience representing victims, Girardi has obtained numerous multi-million-dollar verdicts and settlements, handling claims involving wrongful death, commercial litigation, products liability, bad faith insurance, and toxic torts. In 2003, he received the most prestigious honor of being inducted into the Trial Lawyer Hall of Fame by the California State Bar.

In one of Girardi’s better-known cases against Pacific Gas & Electric, the utility company agreed to pay $333 million to 650 residents of the desert community of Hinkley, California. The residents blamed incidents of cancer and other diseases on contaminated water leaked from a gas pumping station. This case was the inspiration for the film Erin Brockovich starring Julia Roberts.

Albeit, one of the most influential lawyers of our time, Girardi amorously sites, “Perry Mason. He was a lawyer on television, 7pm on Saturday night and I would watch that show every Saturday,” as one of his earliest childhood law inspirations.

“I was humbled to have the privilege to interview one of the most influential legal minds of the last five decades” said moderator, Michael Levine. “Referring to Tom Girardi as an attorney is like referring to Michael Jordan as a basketball player. No matter what he does in the upcoming year, I know it will be great.”

The Champions of Justice Radio Show can be listened to online, where Girardi hosts an informative and entertaining hour illuminating the headline-generating legal challenges of the day.