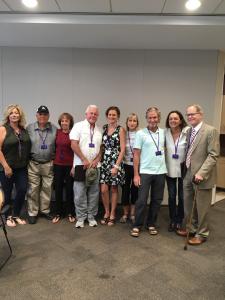 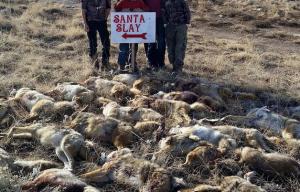 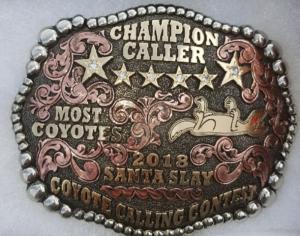 PHOENIX, ARIZONA, USA, September 4, 2019 /EINPresswire.com/ — Today the Governor’s Regulatory Review Council (GRRC) voted unamimously (6 to 0) to approve a rule initiated by the Arizona Game and Fish Commission to ban wildlife killing contests (WKCs) for predators and other fur-bearing animals in Arizona. A grassroots effort energized by concerned citizens throughout Arizona, along with Animal Wellness Action and other environmental and animal protection organizations, provided the pressure that prompted the rulemaking action. The measure will take effect 60 days from today, preventing the fall WKCs.

"Participants in Wildlife Killing Contests are serial killers of wildlife," said Lain Kahlstrom, Director of State Affairs at Animal Wellness Action. "These are not hunters or damage control agents, but people who revel in slaughtering large numbers of wild animals in competitive hunts for the thrill of it."

Wildlife killing contests like the “Santa SLAY” and the “Fox Frenzy” are slaughter fests where participants compete to win cash and prizes for killing the greatest number, the heaviest, or even the smallest of the targeted species over a certain time frame, usually 24 hours. Hundreds of animals including coyotes, bobcats, foxes and even mountain lions, badgers and coatimundi living on our public lands minding their own business are killed in these contests every year in Arizona. There are at least 23 WKCs in Arizona each year, drawing sponsors, organizers and participants from across state lines to participate in the blood sport and win a shiny belt buckle and a pile of cash.

Wildlife killing contests occur throughout the United States, although they are often hidden from the public's view because of their repugnant features. California passed an agency rule banning the practice in recent years. Vermont enacted a legislative ban in Vermont in 2018 and New Mexico earlier this year. Other states are looking at possible rules and legislation to stop them. Arizona becomes the fourth state to adopt a statewide policy.

Over the last year in Arizona, in each city where a killing contest organizer advertised a meet-up and in each county where contest participants targeted public lands on which to slaughter and waste animals, council members and county supervisors responded by passing Resolutions and Proclamations condemning them. U.S. Rep. Raúl Grijalva (D-AZ-03), who chairs the U.S. House Committee on Natural Resources, weighed in on the issue a few months ago: “Do you want a coyote-killing contest on your public lands this Saturday? Neither do we. Neither do Arizona locals in the threatened area. Let people know this is happening.”

The public was equally outraged to learn about Wildlife Killing Contests and insisted on action. During a series of public hearings on the issue, the Arizona Game and Fish Department concluded that a new rule banning predator killing contests was in order, and unanimously voted to enact this new rule in June 2019.

Today’s vote by the GRRC formalizes the enactment of this new rule. This council ensures that any proposed agency rule meets the Governor’s and the state’s standards. The Council’s vote today shows confidence that the time is right to stop the slaughter in Arizona.

“I applaud the GRRC for recognizing the value of this new rule for Arizona. The favorable vote underscores the state's role in stopping mass killing of the public's wildlife in our state," added Tina Meredith, Arizona State Director at Animal Wellness Action.

Animal Wellness Action will promote similar bans in other states, especially in the West, where these events often occur on our public lands.