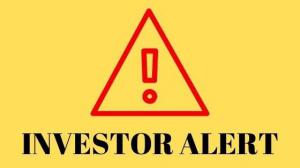 The investment fraud lawyers at Haselkorn & Thibaut, P. A., are investigating claims against GPB Capital for many investors and are also currently representing several investors seeking to recover losses from their investments in GPB Capital funds.

Jason Haselkorn, a Partner at Haselkorn & Thibaut, said the following, “We are getting some calls from worried investors and we have a dedicated team investigating GPB investments. Current reports are very concerning for investors, many of whom expressed concerns that there may be more bad news, or that the financials at GPB Capital may continue to deteriorate. ”

Haselkorn continues, “Investors need to know that there are options available for them to potentially recoup their investment losses. However, for some early investors, there are some time deadlines depending on their date of purchase that could begin to potentially limit recovery options. Every situation is different, and statute of limitations and other potential deadlines may vary by jurisdiction. To find out more details, or for a free case evaluation, you can call 1 888-628-5590 or visit their website at www.InvestmentFraudLawyers.com.

According to its website, GPB Capital is an alternative asset management firm based in New York that seeks to acquire income-producing private companies.

In July 2017, GPB sued his former business partner in New York. While litigation continues, some of the allegations are disconcerting for investors. If this was the only issue or only concern, perhaps investors could look the other way. However, that is not the case:

· September 2018: Massachusetts Division of Securities carries out an investigation, including sales practices of over 60 independent broker-dealers;

According to InvestmentNews.com reports, among the 60-plus independent broker-dealer firms that were selling GPB investment funds were the Royal Alliance Associates Inc., Sagepoint Financial Inc, FSC Securities Corp, Woodbury Financial Services Inc., Newbridge Securities, Ladenburg Thalmann, and Hightower Securities. The attorneys at Haselkorn & Thibaut, P.A. are investigating these and other broker-dealer firms on behalf of investors.

The GPB investment funds are private placement investments, which can be very complex, risky, and unsuitable for some retail investors. The broker-dealer firms that approve these investments for sale to clients must conduct proper due diligence before making them available to investors, and further have legal, regulatory and supervisory responsibilities relating to the investments recommended and sold to by their financial advisors to investors. In addition, the financial advisors recommending and selling the GPB Capital investment funds to clients also had legal, regulatory and other duties to investors.

The sole purpose of this release is to investigate the manner in which GPB Capital funds were approved for sale by any broker-dealers to investor clients, and the manner in which GPB Capital investment transactions were supervised by broker-dealer firms. If you have any knowledge or experience with these matters, please contact Haselkorn & Thibaut, P.A. at 1-888-628-5590, or visit the law firm's website at InvestmentFraudLawyers.com.

Haselkorn & Thibaut, P.A. is a law firm that specializes in investment fraud matters and FINRA arbitrations nationwide. They represent both individual and institutional investors seeking to aggressively recover investment losses for victims of investment fraud. As former securities industry defense attorneys, they are an experienced group of lawyers that have moved from their side, to YOUR side and are now available to help you maximize the value of your claim.