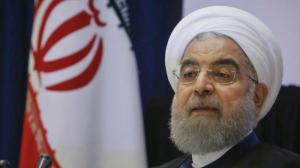 WASHINGTON, DC, USA, September 12, 2019 /EINPresswire.com/ — In a new report from the Clarion Foundation illuminating sources of money flowing from Middle Eastern countries into the US University system, Lebanon was found to have contributed 5.7 million to seven different universities over the past seven years. Most of this money, 3.3 million, went to Columbia University and was given by the Mikati Foundation, which is owned by two billionaire brothers Taha and Najib Mikati. Najib Mikati became prime minister in 2011 with the strong backing of Hezbollah and Iran.

“It is well known that Iran used a great deal of the cash they received from the Obama administration on influence operations within the US,” said American Mideast Coalition for Democracy Co-Chair, John Hajjar. “It is not surprising that they are using proxies to influence academia. This is where our future leaders come from and young minds are particularly vulnerable to propaganda – propaganda that is not necessarily perceived as such by the broader populace, because it is taking place within the confines of academia.”

“The pro-Iran deal propagandists were undoubtedly given extensive support from Iran and their proxies and front groups, said AMCD advisor, Walid Phares. “They are still pedaling what is essentially disinformation within the US through the media and even through some sympathetic employees in the government. The Trump administration has attempted a 180 degree turn on foreign policy toward Iran. It’s a very difficult thing to do.”

“Hezbollah are masters of propaganda,” added AMCD Co-Chair, Tom Harb. “They are even able to convince some Lebanese Christians to join with them. Like Hamas, they also engage in social services and have formed a political party to make them seem legitimate and harmless – they are neither.”

“The unholy alliance between the liberal left and Islamists has much greater influence on the American political landscape than any Russian interference in our elections,” added AMCD Vice Chair, Hossein Khorram, a proud American Muslim. “Having enslaved their own civil society, Islamists in Iran seek to enslave ours by infiltrating our civil society from the left. Their evil plan is to poison our children’s minds with socialism and Islamism with the help false dreams of a utopian society on our university campuses. It is time for Department of Justice to focus on Islamist influence on our society because it is serious and growing.”

AMCD calls for the ending of all foreign funding of the US University system. It is simply too vulnerable to propaganda from America’s enemies.