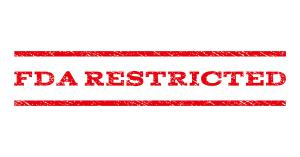 The TVM devices on the market today.. are all unreasonably dangerous devices. Shamefully, they continue to be implanted in women without appropriate warning of the magnitude of risk…”
— Dr. Greg Vigna

SANTA BARBARA, CA, UNITED STATES, September 18, 2019 /EINPresswire.com/ — Boston Scientific Corporation has been hit with a lawsuit filed by a woman who sustained injuries caused by the Uphold transvaginal mesh (TVM) device used for the treatment of pelvic organ prolapse (POP) and the Obtryx transobturator sling used in the treatment of stress urinary incontinence (SUI). American Medical Systems, Inc. was also named in the lawsuit filed in United States District Court for the Middle District of Tennessee (Case No.: 3:19-cv-00820)

On April 16, 2019, the FDA ordered Boston Scientific Corporation and Coloplast ‘to stop selling and distributing their products (TVM devices for prolapse) immediately’ as there was no ‘demonstrated reasonable assurance of safety’ and their proposed prospective controlled 522 post-market surveillance study was deemed to be futile by FDA experts to show the necessary evidence that the benefit of the device out-weights the potential risks of the device. The Uphold device was, in effect, banned by the FDA.

Boston Scientific Corporation and Endo International PLC in the Tennessee complaint is accused of negligence for selling a defective medical device and failing to warn about safety risks and fraudulent concealment. American Medical Systems, Inc. was acquired by Endo International PLC in 2011 and renamed Astora Women’s Health. Endo closed Astora on March 31, 2016 after being named in over 46,000 TVM cases related to injuries caused by its polypropylene devices that include the Monarc sling, SPARC sling, and the Apogee, Perigee, and Elevate which were used for POP.

The Plaintiff and her husband are represented by Ben C. Martin and Laura Baughman of Martin Baughman, PLLC and Greg Vigna, MD, JD. Ben Martin and Laura Baughman are national pharmaceutical injury attorneys in Dallas, Texas. Dr. Vigna is a California and Washington DC lawyer who focuses on catastrophic injuries and the neurological injuries caused by transvaginal mesh devices including pudendal neuralgia, obturator neuralgia, and complex regional pain syndrome.

Dr. Vigna states, “We are filing severely injured women suffering with disabling injuries nationwide, associating with local attorneys. We have women that were implanted over a decade ago with TVM products that have recently become symptomatic as the device degrades and contracts pulling vital structures required for sexual, bowel, and bladder function. We also have women with severe neurological injuries causing catastrophic life change pain from 2019 implants.”

Dr. Vigna adds, “The TVM devices on the market today, like the ones banned by the FDA or the list of devices ‘voluntarily’ withdrawn from the marketplace, are all unreasonably dangerous devices. Shamefully, they continue to be implanted in women without appropriate warning of the magnitude of risk, leading to destroyed lives.”

For articles, video resources, and information visit the Pudendal Neuralgia Educational Portal or our website. To read our latest eBook with information regarding sling related complications, click here.