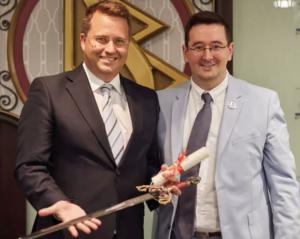 Mr. Marcos González Sánchez accepting his award at the National Church of Scientology of Spain 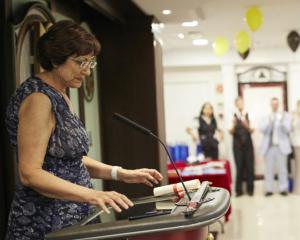 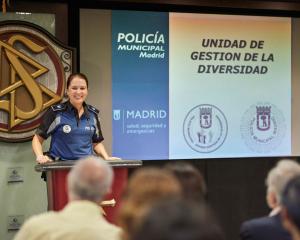 The event also featured the work of the Diversity Management Unit of the Madrid Police. 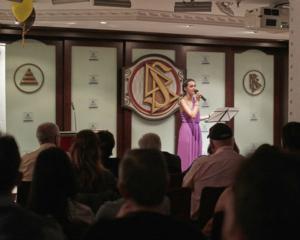 LOS ANGELES, CALIFORNIA, UNITED STATES, September 18, 2019 /EINPresswire.com/ — The director of the Fundación Pluralismo y Convivencia (Pluralism and Coexistence) of the Spanish Ministry of Justice, a representative of the Diversity Management Unit of the Municipal Police of Madrid, more than 17 Spanish and Latin American NGOs, religious leaders and a representative of the embassy of the Czech Republic in Spain joined the Church of Scientology and Foundation MEJORA for the 6th annual Religious Freedom Awards at the National Church of Scientology of Spain.

The event also commemorated two milestones for the Spanish Church:

>The 39th anniversary of the Church of Scientology in Spain

>The United Nations Economic and Social Council’s granting of Special Consultative Status as a Non-governmental organization to the Foundation for the Improvement of Life, Culture and Society (Foundation MEJORA), a nonprofit established to “defend, promote, teach and disseminate human rights as included in the Spanish Constitution, the Universal Declaration of Human Rights and other international covenants; to promote pragmatic Scientology values and practices developed by Scientology Founder L. Ron Hubbard, aimed at improvement of the individual and society; and to promote tolerance in all aspects of civil society.”

Iván Arjona-Pelado, president of the Church in Spain and the European Office of Public Affairs and Human Rights, presented the awards to three exemplary advocates of religious freedom.

>Mr. Marcos González Sánchez, Founder of the Methodological Institute of Ecclesiastical State Law and professor at the Autonomous University of Madrid

Renowned for his work against hate crimes and discrimination, prosecutor Aguilar spoke of what he sees as a primary threat to religious freedom: hate speech in social media. “There are messages aimed at promoting hatred, discrimination, hostility, even violence… and religions are often the subject of such attacks,” he said. Aguilar thanked the Church of Scientology “for all the work they do in defense of religious freedom of all religions.”

Professor Marcos González expressed his pride in accepting an award that has been presented to many highly revered professors before him. “In Spain, more and more churches can be seen in this city, and this headquarters—located next to the Parliament—is a prime example,” he said. “This award is an incentive for me to continue working hard.”

Professor Adoración Castro Jover emphasized the paradox that there would be a need for a religious freedom award in a democracy. She spoke of the importance of fighting for religious minorities that are still not accorded the rights they deserve in Spain: “We see in this meeting that there really are very valuable people, very committed people, who are not skimping their work, and are making it possible to achieve that ultimate goal that we all work toward—each of us having the same freedom to manifest our beliefs and non-beliefs and being able to exercise them.”

The event also featured the work to foster diversity by the Diversity Management Unit of the Madrid Police and the unit’s diligence in prosecuting hate crimes, particularly those targeting religious minorities.

From its beginnings, the Church of Scientology has recognized that freedom of religion is a fundamental human right. In a world where conflicts are often traceable to intolerance of others’ religious beliefs and practices, the Church has, for more than 50 years, made the preservation of religious liberty an overriding concern.

Read the article on the Scientology Newsroom

Church of Scientology of Spain