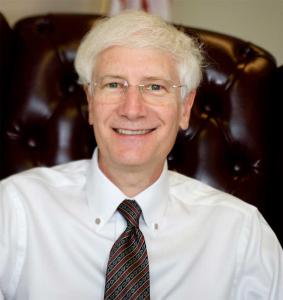 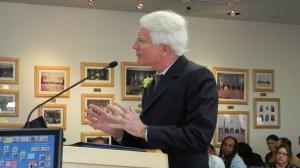 These and other laws recently passed and being considered now will continue the process of integrating cannabis businesses into the fabric of public and private legal operations state-wide.”
— Robert Raich

OAKLAND, CALIFORNIA, UNITED STATES, November 1, 2019 /EINPresswire.com/ — “For the past few decades, I have been fighting for human rights in the area of choice for cannabis use, and 2019 was a good year for that cause,” says Robert Raich, a cannabis-rights lawyer based in Oakland California. He continued, “In fact, Assembly Bill 37 and Senate Bill 34 benefit both the Cannabis Industry as well as cannabis consumers in many ways.”

Robert Raich works with businesses and individuals and has spoken across the United States and internationally on the regulation of cannabis, and he has taught classes on cannabis to cadets at Police Academies. Mr. Raich has also appeared before dozens of tribunals throughout the country, lobbying with respect to cannabis legislation and litigating cannabis cases. In fact, Mr. Raich’s cases have been featured in a variety of media outlets, including CNN, NBC, New York Times, the Washington Post, Fox News, USA Today, and more.

As for the recent gains for businesses and individuals, Mr. Raich explained “The California cannabis industry is regulated under the Medicinal and Adult-Use Cannabis Regulation and Safety Act (MAUCRSA), which sets strict standards for everything from the cultivation and testing, to the sale and processing, of this beneficial plant. The recent laws passed expand rights in some significant ways.”

He explained, “AB 37 is good for businesses and good for the State. Essentially, AB 37 allows cannabis business owners to deduct ‘ordinary’ business-related expenses when computing their state income taxes. This means cannabis businesses can operate just like any other business in this way. It also means AB 37 will serve as a state-level workaround from Section 280E of the Internal Revenue Code, which on the federal level generally prevents cannabis businesses from taking deductions of their business expenses.”

“A new law, Senate Bill 34, ushers in more good news,” said Mr. Raich. He went on to explain why.“You see, SB 34 revives compassion programs, by allowing retailers to donate medical cannabis to low-income patients, tax-free. This will allow needy medical patients to obtain cannabis without having to pay California's high cannabis taxes. Similarly, retailers will not have to pay taxes on the medicine they give away at no charge.”

Taken together, these and other laws recently passed and being considered now “will continue the process of integrating cannabis businesses into the fabric of public and private legal operations state-wide,” said Mr. Raich.

A graduate of Harvard University and the University of Texas School of
Law, he is listed as one of the “30 Powerful Cannabis Litigators Every Business Operator Should Know” because of his known expertise and dedication to helping cannabis consumers and businesses have the freedom to pursue a future free of local and national government interference.

Robert Raich is the lawyer to take two cannabis rights cases all the way to the Supreme Court. He was the attorney in both of the U.S. Supreme Court cases ever to consider medical cannabis issues: United States v. Oakland Cannabis Buyers’ Cooperative, 532 U.S. 483 (2001), and Gonzales v. Raich, 545 U.S. 1 (2005).

Mr. Raich's clients were the very first applicants to obtain cannabis permits in Oakland, California. Mr. Raich is responsible for the naming convention of “dispensaries” used to refer to locations where Americans may legally purchase cannabis.