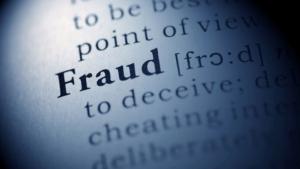 The following month, the company agreed to pay $17 million (£13.1 million) to settle accusations of fraud, representing the largest fraud-related settlement in the history of Virginia, according to a settlement agreement with the state. 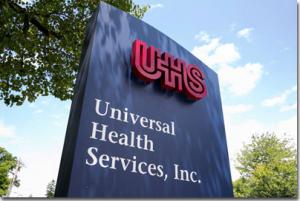 UHS-owned facilities have also come under scrutiny in the UK. Between December 2018 and February 2019, BBC Panorama, had found horrific patient abuses at Whorlton Hall in County Durham, owned by Cygnet (UHS). 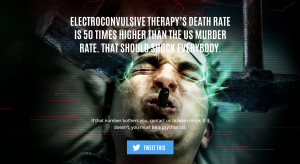 As it has done in the United States, since 2015, CCHR has brought evidence of patient abuse to the attention of UK government authorities, including its Care Quality Commission (CQC), NHS, the Competition and Markets Authority (CMA) and the Parliamentary and Health Service Ombudsman in relation to UHS and Acadia that have significant investments in the UK psychiatric hospital market. UHS owns Cygnet Healthcare and Acadia owns The Priory Group.

The Daily Echo recently reported that Priory Hospital Blandford in Blandford Forum, England is closing in mid-December following admissions being suspended in July 2019 after it failed an inspection. As reported, “Young people told inspectors they felt unsafe on the wards and that there had been a number of incidents where young people had assaulted.” The Care Quality Commissioners found that staff frequently used physical restraints. Not all incidents—particularly around physical assault and racial abuse—were reported, according to inspectors. [1]

CCHR’s 2016 and 2017 complaints to UK authorities detailed, “While Acadia grew its revenue by acquisition, it also grew its profit by significant cost cuts that could be linked to reduced quality of patient care and safety. Staffing problems and patient-safety issues often crop up in for-profit mental-health facilities.” [2]

UHS-owned facilities have also come under scrutiny in the UK. Between December 2018 and February 2019, BBC Panorama, had found horrific patient abuses at Whorlton Hall in County Durham, owned by Cygnet (UHS). [3] The undercover documentary recorded staff abusing patients which the Labour Party branded as “tantamount to psychological torture.” [4] In May 2019, Whorlton closed as a result of the investigation which revealed staff claiming to have deliberately harmed patients. [5]

CCHR told UK authorities about the problems Acadia and UHS were facing in the U.S. Most recently, media has reported on abuses at Acadia’s North Tampa Behavioral Health which is alleged to be making huge profits by exploiting patients under Florida’s Baker (involuntary commitment) Act. [6]

Referring to other Acadia owned U.S. facilities, Capital Forum reported: “Acadia and/or its facilities have been the target of lawsuits over injuries and deaths occurring at the facilities.” In October 2018, Acadia announced the closure of 10 of its childcare facilities in Arkansas after manslaughter charges had been filed against several of its staff for leaving a five-year-old boy strapped in a car that reached temperatures of 141 degrees that killed him. [7] In April 2019, New Mexico Children, Youth and Families Department forced Acadia’s Desert Hills facility to close, following allegations of abuse and safety issues. A spokesman admitted that workers used chemical restraints on children regardless of The New Mexico Children, Youth and Families Department’s request for them to stop. [8]

Then in April, The Chicago Tribune reported that six lawsuits had been filed alleging abuse and safety issues at Acadia Healthcare facility Timberline Knolls in Lemont, Illinois. The lawsuits were in connection to a counselor who has been charged with sexual assault and abuse. Six separate lawsuits alleged that the high-end facility for women and girls showed reckless disregard for patient safety by hiring and failing to supervise the therapist as well as “intentional infliction of emotional distress” on patients who sought treatment for psychological and behavioral disorders. [9]

The following month, the company agreed to pay $17 million (£13.1 million) to settle accusations of fraud, representing the largest fraud-related settlement in the history of Virginia, according to a settlement agreement with the state. [10]

To encapsulate what has been happening in the UK and U.S., one law firm wrote: “When patient care in hospitals takes a backseat to corporate profits, patients always lose. They not only lose in overall quality of care, but also when it comes to personal safety. In addition to just plain poor medical attention, some patients become the victims of various forms of criminal abuse, including sexual misconduct by doctors, assault, and rape by…doctors, non-medical staff, and even other patients.” [11]

CCHR UK and CCHR International collaborated on the White Paper sent to Parliamentarians hoping for greater patient protections and criminal and or financial accountability to be implemented. CCHR Florida is also calling for the closure of those Acadia and UHS behavioral facilities found to be consistently abusing patients and violating the Baker Act.

CCHR wants to see regulations that provide better oversight with (1) Greater criminal and civil penalties for violations of patient rights and fraud, including patient safety infringements; (2) Police investigation and prosecution of patient restraint deaths; and (3) Tougher penalties for fraudulent billing practices, including cancellation of federal and state funding and hospital closures for repeated abuse and/or fraud. Report psychiatric abuse or fraud to CCHR.

About CCHR: Initially established by the Church of Scientology and renowned psychiatrist Dr. Thomas Szasz in 1969, CCHR’s mission is to eradicate abuses committed under the guise of mental health and enact patient and consumer protections. L. Ron Hubbard, founder of Scientology, first brought psychiatric imprisonment to wide public notice: “Thousands and thousands are seized without process of law, every week, over the ‘free world’ tortured, castrated, killed. All in the name of ‘mental health,’” he wrote in March 1969. For more information visit www.cchrflorida.org or call 727-442-8820.

Who Commits More Healthcare Fraud and Abuse? – ‘The Quiz’ – CCHR