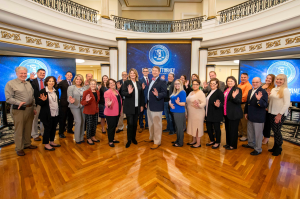 Attended by attorneys from all over the state, the event focused on changes to the mental health law, significant case law and successful actions for defending the rights of citizens being held under a Baker Act. 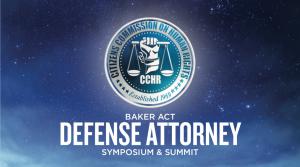 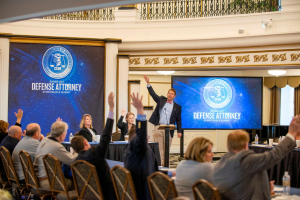 Attorney Justin Drach stated that he feels like the group is moving in the right direction and that events such as this one will help bring about much needed change to the mental health law.

Attorneys from across Florida joined CCHR in discussing strategies to effectively eradicate violations of the Baker Act.

With 36,078 Baker Acts initiated on children it is obvious that Florida has a serious problem. A problem CCHR intends to solve with the help of attorneys dedicated to the protection of rights.”
— Diane Stein, President CCHR Florida

CLEARWATER, FLORIDA, UNITED STATES, November 25, 2019 /EINPresswire.com/ — The Citizens Commission on Human Rights (CCHR), a watchdog organization that exposes abuse in the mental health industry, hosted a continuing legal education event this month for attorneys. Attended by attorneys from all over the state, the event focused on changes to the mental health law, significant case law and successful actions for defending the rights of citizens being held under a Baker Act.

The Baker Act, Florida’s mental health law, allows for men, women and children to be taken into custody and held for involuntary psychiatric examination and according to the most recent report there were over 200,000 Baker Acts in 2018, more than doubling over the past 17 years. [1]

CCHR hosted the event as part of a campaign to protect individuals from human rights violations committed through the abusive use and misuse of the Baker Act. Since launching this campaign CCHR has filed hundreds of complaints concerning abuses of the Baker Act with the applicable state agencies resulting in almost 200 investigations.

Those attending the event heard from attorneys Justin Drach of Theole Drach Law and Kendra Parris of Parris Law as well as the president of the Florida chapter of CCHR, Diane Stein.

“While the original stated intention of the Baker Act was to protect the rights of citizens sent for involuntary psychiatric examination it has become a source of great abuse,” stated Diane Stein. “It is our hope that by holding these events we will be able to create effective change.”

To learn more about the Baker Act or to reserve a seat at the next Baker Act Defense Attorney Symposium & Summit please call 727-442-8820 or visit www.cchrflorida.org.

About CCHR: Initially established by the Church of Scientology and renowned psychiatrist Dr. Thomas Szasz in 1969, CCHR’s mission is to eradicate abuses committed under the guise of mental health and enact patient and consumer protections. L. Ron Hubbard, founder of Scientology, first brought psychiatric imprisonment to wide public notice: “Thousands and thousands are seized without process of law, every week, over the ‘free world’ tortured, castrated, killed. All in the name of ‘mental health,’” he wrote in March 1969. For more information visit www.cchrflorida.org.

CCHR Florida Baker Acting of Children – A Cry for Help