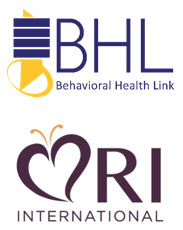 PHOENIX, AZ, UNITED STATES, December 11, 2019 /EINPresswire.com/ — Call 9-8-8 in Suicide and/or Mental Health Crisis
On February 16, 1968, the first 9-1-1 call was made in the US in Haleyville, Alabama. A decade earlier, the National Association of Fire Chiefs recommended use of a single number for reporting fires. At the time, families had multiple emergency numbers on the fridge pulled from the phone book. That simply wasn’t working and we collectively determined fire, police and medical emergencies required a readily accessible, easy to remember national three-digit number. The rest is history.

50 years later we still don’t have a comparable number for suicide, mental health and addiction crises. We’re the only country in the world seeing dramatic increases in suicide (49 out of 50 states), opioid deaths and alcohol-related deaths. Over 10 million Americans per year are seriously contemplating suicide, but the path to accessing care has been very confusing to most.

The legacy of crisis care has been delays and detainment in hospital EDs and jails. Denials of care have been common. On a person's worst day, we've collectively sent the message we couldn't be bothered. Establishing 9-8-8 is the first milestone to a new day and vision of caring and effective urgent and emergency care available to anyone, anytime, anywhere. (See WP article by Reps. Seth Moulton and Chris Stewart "988: How a 3-Digit Suicide Prevention Hotline Can Transform Access to Care.”)

The National Suicide Prevention Lifeline Crisis Center Network
The first mental health crisis hotline began in 1958 in Los Angeles with communities across the country following suit over the next 40 years. In 1999, the first national number was announced by US Surgeon General David Satcher with 1-800-SUICIDE. Funded by the U.S. Substance Abuse and Mental Health Services Administration (SAMHSA), the national hotline was changed to 1-800-273-TALK (8255) in 2005.

In 2019, it is anticipated that 2.5 million calls will be answered by a national network of 165 local crisis call center on 1-800-273-TALK. While this number is growing year over year, these same crisis centers continue to answer more than 10 million additional crisis calls on their local, city, county and state crisis lines. The National Suicide Prevention Lifeline has been administered by Vibrant Emotional Health since 2005, and assures 24/7 free and confidential emotional support to people in suicidal crisis or emotional distress as well as to friends and family members of people in distress.

Redirect all 9-8-8 Calls to Lifeline Network
In November, FCC chairman Ajit Pai, took a critical step in announcing his intention to establish 9-8-8 as the nationwide number for mental health and suicide emergencies; mirroring what the three-digit-number 911 is for medical crises. In his announcement, Pai said all calls would redirect to the existing National Suicide Prevention Lifeline. He stated that after considerable analysis, his staff thinks the FCC can get 988 up and running faster than other 3-digit numbers and that “quicker access will mean more lives saved.”
The network of 165 accredited crisis call centers represents the best this nation has to respond to 9-8-8. These organizations are local and connected to their community resources, community mental health, hospitals, social service and first responders.

Anticipated 9-8-8 Crisis Call Volumes
National engagement in suicide prevention and improving mental health and addiction care has never been higher in the nation’s history. Quickly, promotion of 9-8-8 will yield two most important phone numbers in the US. 9-1-1 for fire, police and medical emergencies, and 9-8-8 for mental health crisis.

First, the 2.5 million calls to 1-800-273-TALK and the 10+ million calls on local city, county and state crisis lines will transition to 9-8-8. There are an additional undetermined number of callers to 9-1-1 who would more appropriately reach out to 9-8-8. And, there are thousands of families per year who don’t know who to call and are concerned about the police response of 9-1-1 and simply drive to the closest local hospital emergency department.

This means that the current 1-800-273-TALK volume will likely increase ten-fold in the first couple of years as these crisis calls collectively gather with the network of crisis call centers responding to 9-8-8; many of which are now going to local crisis lines or 911. We would anticipate a minimum of 15 to 30 million calls within three to five years.

Ensuring Financial Support for Consistent Access and Support
While there is currently a $14 million federal appropriation for 1-800-273-TALK, this funding only supports the routing of the calls to 1-800-273-TALK and the administration of the network, with research, quality, technology and national overflow. There is currently no material funding for the local crisis call centers (most receiving a token stipend annually of a few thousand dollars only).

This means that the current approach patches together the resources of local city, county and state crisis lines to deliver our national response. This does not adequately support consistent access for the current 1-800-273-TALK calls so some go unanswered and individual and/or their family are left without vital help.

At the November press conference on 9-8-8, Dr. Elinore McCance-Katz, SAMHSA Assistant Secretary for Mental Health and Substance Use, stated we must fund these services for them to be successful. We have a roadmap for success in the Veteran Administration’s resourcing and strong success with those who call the Lifeline and press ‘1,’ for the Veteran’s Crisis Line (which is estimated to have fewer than 1 million calls in 2019, but funding of nearly $100 million).

Legislation should include careful study of all aspects of crisis service that include:
A. local crisis center costs with capacity demands and quality performance expectations;
B. national network oversight and operations costs,
C. communications and marketing campaign costs; and
D. estimated call volume projections relative to promotions campaigns and improved access.