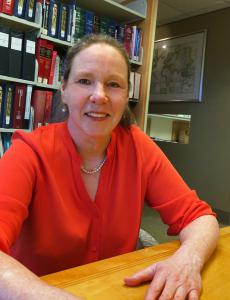 The Act’s title and findings are materially misleading as to the Act's content, which renders the Act unconstitutional.”
— Margaret Dore, Esq.

TRENTON, NJ, UNITED STATES, January 10, 2020 /EINPresswire.com/ — Attorney Margaret Dore, president of Choice is an Illusion, a non-profit corporation opposed to assisted suicide and euthanasia, has filed a friend of the court brief in Glassman v. Grewal, which seeks to overturn New Jersey's Medical Aid in Dying for the Terminally Ill Act.

"Aid in Dying" is a euphemism for euthanasia. Dore's brief argues that the Act is stacked against the individual, not limited to people near death and unconstitutional due to the way it was enacted.

"Persons assisting a suicide or euthanasia can have an agenda," said Dore. "Consider Tami Sawyer, trustee for Thomas Middleton in Oregon where assisted suicide is legal. Two days after his death by assisted suicide, she sold his home and deposited the proceeds into bank accounts for her own benefit."

Dore added, "The New Jersey Act, like Oregon's law, applies to people predicted to have less than six months to live. Such persons may, in fact, have years or decades to live."

Dore elaborated, “Consider Oregon resident Jeanette Hall, who was diagnosed with cancer in 2000 and made a settled decision to use Oregon’s law. Her doctor convinced her to be treated for cancer instead. Today, nineteen years later, she is thrilled to be alive.”

"The New Jersey Constitution protects against the enactment of misleading legislation, which is what occurred here," said Dore. “The Act’s title and findings are materially misleading regarding the Act's content, which renders the Act unconstitutional.”

Dore explained, "The New Jersey Legislature understood that it was enacting a strictly voluntary law limited to assisted suicide. Similar viewpoints have been expressed by the Attorney General (“the Act applies only to those individuals, both patients and providers, who voluntarily elect to participate in the Act’s provisions”) and the Glassman trial judge (‘This case is not about euthanasia’)."

"But the case is about euthanasia," said Dore. "The Act's title uses the phrase, 'aid in dying,' which means euthanasia."

Dore elaborated,"The Act has no required oversight over administration of the lethal dose. No doctor, not even a witness is required to be present at the death."

"In addition," said Dore, "the drugs used are water or alcohol soluble, such that they can be injected into a sleeping or restrained person without consent. Even if the patient struggled, who would know?"

Dore added, "The New Jersey Department of Health recommends that people 'who die following ingestion of [the lethal dose] … record the underlying terminal disease as the cause of death and mark the manner of death as 'natural.'"

"The significance is the creation of a legal cover up and also a legal inability to prosecute," said Dore. "The official legal cause of death is a terminal disease (not murder) as a matter of law. The Act thereby creates a perfect crime."