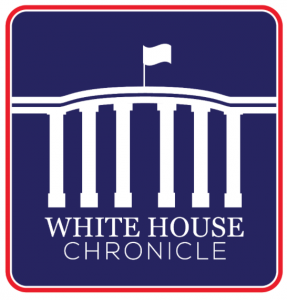 Twenty years ago electric utility executives were skeptical about renewables, but in the last three years they’ve made them part of their systems. “We can’t go fast enough,” with renewables, he says.”
— Jan Vrins, Global Energy Practice Leader Guidehouse

WASHINGTON, D.C., USA, January 10, 2020 /EINPresswire.com/ — How did a woman trained as a fine artist become the transformative head of an investor-owned utility? This is the intriguing story told on this week’s “White House Chronicle,” the news and public affairs program on PBS, SiriusXM Radio’s P.O.T.U.S., and other outlets.

Powell expected to make a living as an artist but found that hard to do and so, 21 years ago, she got a job at Green Mountain Power, the utility company serving Vermont. A decade later, she was CEO of the then modest utility with assets of $500 million. Now it has assets of $2.5 billion.

She is joined on the episode by Jan Vrins, Managing Director and Global Energy Practice Leader for Guidehouse, a major public sector consultancy. He heads a team of about 800 people and has helped Powell transform the Vermont utility.

In particular, Powell and Vrins say they are proud that Green Mountain Power is at a point where its generation is 90 percent carbon-free and just over 60 percent from renewable resources, the difference being made up by nuclear, which Powell tells King is a “bridge” to 2030 when the utility will be 100 percent renewable.

Powell says she’s always been environmentally conscious, and it wasn’t hard to sell renewables to her customers who are too.

Twenty years ago, Vrins says electric utility executives were skeptical about renewables, but in the last three years they’ve made them part of their systems. “We can’t go fast enough,” with renewables, he says. “Climate change is here,” he adds, noting Puerto Rico and other places in the world that have been impacted by weather ructions.

Toward the end of the half-hour episode, airing this weekend, Powell and Vrins talk about the future — the uses of wind and solar and storage, including a role for hydrogen in storage as electric utilities, and those who serve them, try to find ways of compensating for wind droughts and cloudy days and adding resilience.

“White House Chronicle” airs nationwide on select PBS and public, educational and government (PEG) access stations. The audio airs four times weekends on SiriusXM Radio’s P.O.T.U.S., Channel 124. The programs airs worldwide on Voice of America Television and Radio in English and Chinese. All episodes are available on the program’s website and on Vimeo.