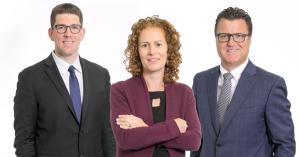 SAN JOSE, CA, USA, January 14, 2020 /EINPresswire.com/ — The signing of California Assembly Bill 218 by Governor Gavin Newsom opened the door on January 1, 2020 to justice for thousands of California victims of childhood sexual abuse, including those sexually abused by educators.

For nearly two decades, many sexual abuse victims of public-school teachers and employees have been denied the opportunity to hold schools accountable for failing to protect them as students. That’s because public schools have used the six-month government claims process to reject sexual abuse claims if they were not filed within six months of the child actually being sexually abused.

While the perception is that public schools will be harmed by sexual abuse lawsuits, the reality is that the insurance companies will be the ones making payments to the victims. In California and elsewhere around the country, school districts are insured against sexual abuse claims.

Insurance companies recognize that educator sexual misconduct is a major problem. Many insurance carriers offer school districts prevention-type training at no cost, yet schools refuse the training. As a result, a record number of teachers continue losing their credentials due to sexual misconduct.

Starting January 1, 2020, the law will allow sexual abuse victims to present claims against both public and private schools along with private entities such as USA Swimming, The Boy Scouts of America, and other youth serving organizations. As a result, these victims will be given the opportunity to hold these institutions accountable and to pursue fair and just compensation for the lifelong harm these groups inflicted on them.

AB 218 will also address the issue of cover-ups by churches, schools, sports organizations, and youth-serving groups. The bill will allow for recovery of up to treble or triple damages from the defendant who covered up sexual assault of a prior sexual assault of a minor. The law is intended to have a dual-effect by compensating victims and acting as a deterrent for organizations that have covered up sexual abuse complaints.

Since 2013, 436 California teachers have lost their teaching credential for a sex-related crime, per public documents from the Commission on Teacher Credentialing (CTC). According to Professor Charol Shakeshaft, an internationally recognized researcher, 4.5 million students or nearly one out of every ten kids are subjected to educator sexual misconduct before they graduate High School.

Mr. Allard is asking that victims of sexual abuse that have been denied justice in the past to contact his legal team at Corsiglia, McMahon & Allard for a free and confidential evaluation. The legal team includes award-winning attorneys Lauren Cerri and Mark Boskovich.