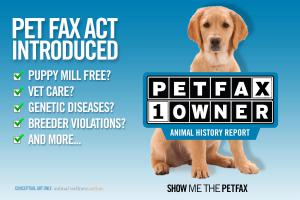 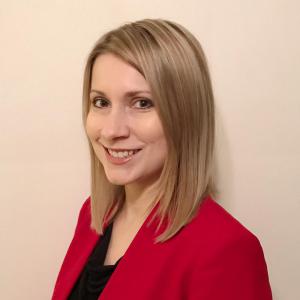 Most dogs sold in pet stores come from puppy mills, where the dogs are treated like a cash crop. ”
— Holly Gann, director of federal affairs at Animal Wellness Action

WASHINGTON, DC, USA, January 30, 2020 /EINPresswire.com/ — Today U.S. Representatives Charlie Crist (D-FL) and Guy Reschenthaler (R-PA) introduced legislation in the U.S. House recognized as the “Petfax Act” to mandate honesty and transparency in the commercial sales of dogs and cats and crackdown on cruel “puppy mills”– large commercial dog breeding operations that breed high volumes of puppies to sell at pet stores and across the internet. It is the third anti-puppy mill bill introduced in this Congress – an indicator of the broad concern about the systematic mistreatment of dogs in large-scale commercial dog breeding operations.

Over 100,000 mother dogs are forced to suffer in puppy mills where they are forced to spend their entire lives in barren cages without ever touching a blade of grass. Horrific, painful injuries are commonplace and frequently go untreated. Puppies often become sick due to the unsanitary conditions of mills and long-distance transport to pet stores where they are sold to unsuspecting customers. It is not uncommon for pet stores to deny that the dogs come from puppy mills. Current laws barely meet survival standards, fail to adequately protect animals and consumers, and allow violators to continue renewing their license.

“Most dogs sold in pet stores come from puppy mills, where the dogs are treated like a cash crop,” stated Holly Gann, Director of Federal Affairs for the Animal Wellness Foundation and Animal Wellness Action, “If you buy a car, you can get a full history from Carfax; but when it comes to purchasing a puppy, sellers generally won’t provide information about where the dog came from or the dog’s medical history.”

“Welcoming a new pet into your home is a decision rooted in love. Pet owners deserve the peace of mind that their new family member wasn’t abused or mistreated by breeder or seller,” said Rep. Crist. “Requiring a Petfax increases transparency, decreasing the potential for animal abuse, a win-win for all parties involved.”

“Too many animals suffer from inhumane conditions in our nation,” said Reschenthaler. “The Petfax Act of 2020, bipartisan legislation I’m introducing with Rep. Crist, will better protect dogs and cats from neglect and abuse. By improving transparency and providing consumers with more information, including the source of their pet and its record on animal welfare inspections, we can hold irresponsible sellers of dogs and cats accountable. Given the proven ties between cruelty to animals and child and senior abuse, I will continue fighting to strengthen protections for our nation’s pets.”

Require that sellers of dogs and cats disclose certain information to a customer about the animals, including information identifying the dealer who bred the animals, the number of dogs bred and sold by that dealer over the past two years, a listing of any violations the dealer has had in the past two years, and health information about the animals, including whether a veterinarian was seen, vaccinations administered, and congenital disease. The Petfax Act would make it illegal for a seller, such as a pet store, to misrepresent the source of a dog or cat, including misrepresenting whether the animal came from a mill.

Require that animal welfare inspection records are reinstated on the USDA website, so that the public can look up a breeder prior to purchasing a dog to see if the breeder has violations. These records were previously available until being taken down by the USDA in 2017, eliminating transparency and allowing mills with violations to have no accountability.

Similar to another bill in Congress – the Welfare Of Our Friends (WOOF) Act – the bill closes a loophole that allows mills with violations to continue operating. The bill prohibits USDA from issuing or renewing a license to a dealer who has had a suspension within the past 10 years. It also prevents a license from being granted to the immediate family member of a dealer who has had their license suspended or revoked, to someone who resides at the same address, or to an entity where the dealer holds an ownership interest.

The Petfax Act for honesty in pet sales is the latest in local, state, and federal legislation to root out puppy mills. Two other bills have also been introduced in Congress: The WOOF Act would address loopholes to stop puppy mills with suspensions from continuing to operate, and the Puppy Protection Act would increase the standards of care for mother dogs kept in these mills. Over 300 localities across the nation have adopted legislation to prevent pet stores from selling puppies that come from puppy mills, and California and Maryland have adopted similar state legislation, with many more to follow.