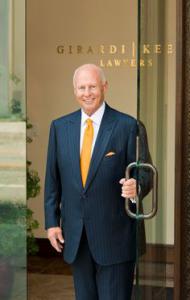 LOS ANGELES, CA, UNITED STATES, April 7, 2020 /EINPresswire.com/ — One of the most important tasks of the Consumer Product Safety Commission, the federal agency “committed to protecting consumers and families from products that pose a fire, electrical, chemical, or mechanical hazard,” is initiating product recalls.

While you might think this would be a relatively streamlined and rapid process, this is not always the case. The reality is that the CPSC currently has jurisdiction over more than 15,000 different consumer product types, while the recall process itself can sometimes span just a few weeks or take upwards of a year.

In the next few posts, we’ll take a brief look at the how the product recall process actually unfolds, including the hurdles sometimes encountered by the CPSC.

1) The CPSC learns of the problem for the first time

The process kicks off when the CPSC receives a complaint from a consumer via the Internet, mail or telephone about a particular product. (Companies are also legally required to share any and all information with the agency concerning potential consumer hazards within a span of 24 hours.)

Once alerted to a potential problem, the CPSC will review the substance of the complaint to determine whether further inquiry is needed.

If it decides that it is not necessary to investigate any further, the matter will be dropped and no recall will be pursued. However, if officials determine that the complaint is indeed worthy of further review, an in-depth investigation — or IDI — is launched using the same product or, if unavailable, a product made in the same round of manufacturing. Here, the product will be subjected to multiple rounds of testing.

If the results of the IDI indicate that no product recall is warranted, the matter will be dropped. Conversely, if the IDI reveals that the product does have certain issues, the CPSC will notify the company that a recall should be undertaken.

Consider speaking with an experienced legal professional if you or a loved one has suffered serious harm because of a dangerous item or defective product.

In 2003, he received the most prestigious honor of being inducted into the Trial Lawyer Hall of Fame by the California State Bar. Mr. Girardi is a Member of the Board of Directors and former President of the prestigious International Academy of Trial Lawyers, an invitation-only worldwide organization, limited to 500 trial lawyers. Mr. Girardi is also the first trial lawyer to be appointed to the California Judicial Council, the policymaking body of the state courts.

Albeit, one of the most influential lawyers of our time, Girardi amorously sites Perry Mason as one of his earliest childhood law inspirations. “He was a lawyer on television, 7pm on Saturday night and I would watch that show every Saturday,” states Girardi.

In one of Girardi’s better-known cases against Pacific Gas & Electric, the utility company agreed to pay $333 million to 650 residents of the desert community of Hinkley, California. The residents blamed incidents of cancer and other diseases on contaminated water leaked from a gas pumping station. This case was the inspiration for the film Erin Brockovich starring Julia Roberts.