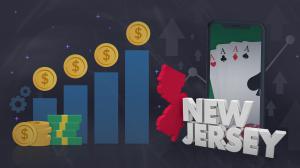 TRENTON, NEW JERSEY, UNITED STATES, May 26, 2020 /EINPresswire.com/ — For the second consecutive month, New Jersey iGaming operators have seen an increase in online poker revenue. Reports from April were released by the New Jersey Department of Gaming Enforcement showing that the Garden State generated $5.1 million in revenues for the month. This comes after a successful March when operators raked in $3.6 million, the previous monthly record.

April was a big month for poker in New Jersey. The online earnings were 208% higher than the same month in 2019. This was the first full month that land-based casinos were closed due to the coronavirus. While players could not physically go to a venue to play poker, they could easily log online. Residents of the state have turned to iGaming as a form of entertainment as they continue to practice social distancing during the pandemic.

According to CardPlayer, online gaming brought in an additional $74.8 million, which was an increase of 114% from last April. Sports may be shut down for the moment, but players still had access to some online options in the Garden State. A total of $2.6 million was earned in revenues, but most earnings came from obscure sports or international leagues.

The state is hurting from nonessential business shutdown. It is unclear as to when casinos will reopen in the state. Governor Phil Murphy has yet to make the announcement involving a date when the nine gaming venues will reopen in Atlantic City.