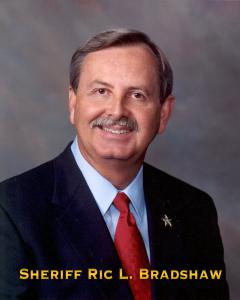 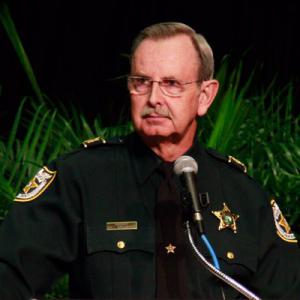 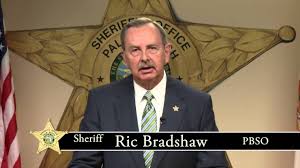 Investing in our communities, making reforms, reducing crime, and prioritizing health and safety

PALM BEACH COUNTY, FLORIDA, UNITED STATES, August 5, 2020 /EINPresswire.com/ — The Palm Beach County Sheriff’s Office (PBSO) is working to build community trust, utilizing the latest training, and fighting back against gangs, violent criminals and threats to Homeland Security. Sheriff Ric Bradshaw has a long history of making a difference in the lives of Palm Beach County residents. In the last four years, there have been significant drops in the crime rate. According to the Florida Department of Law Enforcement, overall crime is down 25 percent in Palm Beach County.

That’s because of smart police work and the relationships Sheriff Bradshaw and his department have fostered with the community.

Today, the Palm Beach County Sheriff’s Office is leading the nation in police reform. Years ago, under Ric Bradshaw’s leadership, PBSO spearheaded changes that were necessary and the right thing to do. The Sheriff’s Office is an Accredited Excelsior Agency following “best practices” and implementing the #8CantWait policy changes, including de-escalation strategies and bans on choke-holds.

With Sheriff Bradshaw’s strong background and experience in community-based policing, PBSO’s strategies serve as a model for other law enforcement agencies across the country. PBSO works with the faith-based community, community organizations, youth programs and business groups to build trust and work together to reduce crime and keep people safe.

Under Sheriff Bradshaw, Palm Beach County Sheriff’s office has led the nation in addressing the pill mill and opioid crisis, gang violence and violent crime and stopping sexual predators from harming our children or seniors. In the wake of several school shootings, Congress turned to Ric Bradshaw to testify about how police agencies can prevent school shootings and what policies can be implemented to keep our kids and schools safe.

Sheriff Bradshaw has directed millions of dollars that were seized from criminal organizations to support our kids, seniors and underserved communities. These programs provide on the ground resources to support those who need it most.

As the Sheriff of Palm Beach County, Ric Bradshaw is responsible for overseeing all Homeland Security for South Florida. That means Palm Beach County now receives additional funding, training and information to keep our borders and neighborhoods safe from terrorists, drug traffickers and others who want to harm U.S. citizens. Ric Bradshaw is the only candidate with the training, qualifications and credentials to lead this agency.

About Sheriff Ric Bradshaw
Ric L. Bradshaw was born and raised in Palm Beach County and graduated from Lake Worth High School. After graduation, he enlisted in the United States Marine Corps and served our country with honor. He began his law enforcement career as a patrolman with the West Palm Beach Police Department where he eventually was promoted to Chief of Police. Bradshaw was elected Sheriff in 2004 and subsequently elected since then due to his experience and leadership.

Sheriff Bradshaw has specialized training on Homeland Security, Mental Health, Field Operations and Community-Based Policing. He currently services as chair of the South Regional Domestic Security Task Force and the Florida Sheriffs Task Force for Region 7, and he’s a member of the FBI’s Joint Terrorist Task Force Executive Board and the Law Enforcement Planning Council of Palm Beach County. These experiences provide Sheriff Bradshaw with the national security clearances, background, and knowledge necessary to keep Palm Beach County safe – not only from gangs and violent criminals, but also from potential terrorist and overseas threats.

The Primary Election for Sheriff is on Tuesday, August 18. The General Election is on November 3, 2020.