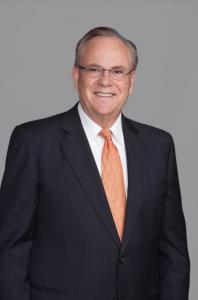 Attorney and former elected official Bill Lockyer looks back on his years of work in California politics.

SAN FRANCISCO , CA, UNITED STATES, September 21, 2020 /EINPresswire.com/ — Born in Oakland, California, in 1941, retired politician Bill Lockyer has enjoyed almost 60 years of personal and professional achievements since taking up studies at the University of California back in the 1960s. From serving as Treasurer of California, and as the state's Attorney General, to being responsible for the famous San Francisco Bay Trail, proud father of four Lockyer looks back on close to six decades of life after graduating from high school, more than two-thirds of which were spent firmly in the public eye.

"For more than 40 years, I spent my life squarely in the public eye," says attorney and former elected official Bill Lockyer, "until my retirement from politics in 2015."

As a young man, Bill Lockyer attended the University of California, Berkeley, graduating with a bachelor's degree in political science in 1965. "The following year, I received a teaching credential from California State University in Hayward, then worked for my father's roofing company, and as a forklift truck driver, before turning my hand to politics," reveals Lockyer.

Bill Lockyer began his political career as a school board member of the San Leandro Unified School District, and as chair of the Alameda County Democratic Central Committee. Lockyer's first major role within the local legislature, meanwhile, was on the staff of assemblyman and mentor, Robert W. Crown.

Following Crown's untimely passing in 1973, after he was struck and killed by a car while jogging, Bill Lockyer won his first California State Assembly seat during a special election held in September of the same year. The previous year, Lockyer had served as California coordinator of Senator George McGovern's 1972 campaign for the United States presidency.

Quickly making a name for himself in politics, he then served in the legislature for the next twenty-five years. During this time, Bill Lockyer attended and later graduated, in 1986, from the University of the Pacific with a degree in law. Eight years later, he was chosen by his peers to become the California State Senate's president pro tempore – the most powerful position of the upper legislative house.

Bill Lockyer is also celebrated as the name behind the San Francisco Bay Trail—a 500-mile bicycle and pedestrian loop around the famous Californian bay, still under construction—first envisioned by Lockyer in the 1980s. In 2010, the attorney and former elected official even gave his name to a popular bridge crossing on the route, which now covers more than 350 miles. "Back in 2010, the Bill Lockyer Bay Trail Bridge was born," he reveals, "linking San Leandro and Oakland International Airport."

A proud father of four, retired politician Bill Lockyer today resides happily between Hayward and Long Beach, California. A lifelong bibliophile, he maintains an extensive library of books and has a particular passion for history, mysteries, and crime novels.