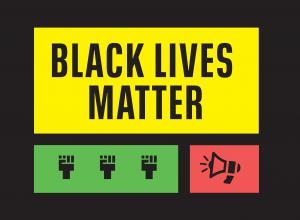 Black Lives Matter (BLM), a group of 10 local chapters is renewing demands for transparency and accountability from BLMGN, demands that first began in 2016.

WASHINGTON, DISTRICT OF COLUMBIA, UNITED STATES, November 30, 2020 /EINPresswire.com/ — WASHINGTON, D.C. – Frequently faced with public scrutiny about finances and leadership of Black Lives Matter (BLM), a group of 10 local chapters is renewing demands for transparency and accountability from the global network, demands that first began in 2016.

Following a summer of increased organizing for social justice and massive donations to BLM’s fight for liberation, the local chapters released a public statement on Monday that outlines deficits in leadership, organization, and financial accounting. Specifically, the group asserts:

Patrisse Cullors, as the sole board member of Black Lives Matter Global Network (BLMGN), became Executive Director of the global group against the will of most chapters and without their knowledge.

Chapter organizers have been consistently prevented from establishing financial transparency, collective decision-making, and collaboration on political analysis and vision with BLMGN.

While millions of dollars have been donated to BLMGN, most chapters have received little to no financial support since the launch in 2013. It was only in the last few months that selected chapters appear to have been invited to apply for a $500,000 grant created with resources generated because of the organizing labor of chapters.

“We remain committed to collectively building an organization of BLM chapters that is democratic, accountable, and functions in a way that is aligned with our ideological values and commitment to liberation,” the statement reads.

Participating chapters demand that decision-makers of BLMGN, Grassroots, and the BLM PAC stop representing themselves as leaders or representatives of all of Black Lives Matter and provide full financial transparency and accountability to all chapters. This includes a full financial report from the past and current fiscal sponsors, a report of all contracts and staff and removal of any obstacles for interviews with them, and a public commitment to democratizing the use and distribution of finances. In addressing these issues, organizers will restore confidence in chapters around the world that was lost in negative critiques of the global network, which has not been involved in local chapters’ frontline work.

As the group works to determine the next steps, organizers encourage supporters to organize with and donate directly to their local chapters, which represent the frontline of the movement. They also invite former chapters to reconnect and join the push for greater transparency and accountability needed to support the ongoing fight for liberation.