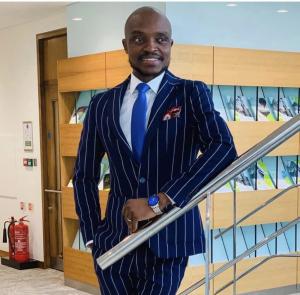 NEW YORK, USA, January 25, 2021 /EINPresswire.com/ — Femi Gbede – lawyer, philanthropist and mentor, is dedicated to contributing to the professional advancement of African youths through scholarship and mentorship programs directly aimed at students and young lawyers across Africa. Femi Gbede aims to assist aspiring young black students and lawyers not only from Nigeria, but also across the African continent and the New York area, where he currently resides, by giving them the opportunity to be trained by the legal world’s top practitioners.

Femi attended law school at the New York University School of Law, with a full merit-based Arthur Vanderbilt scholarship, before attending the University of Cambridge. He is qualified to practice law in Nigeria and New York. Before relocating to the U.S., he garnered significant experience in corporate law and dispute resolution in Nigeria. He is the Treasurer of the Nigerian Lawyers Association in New York and has spoken at various New York-based and international conferences.

Femi Gbede is one of seven Nigerians who founded the Africa Arbitration Academy, whose mission is to build the capacity of young African lawyers in the area of arbitration law. This initiative has the support of the World Bank, several global law firms and various arbitral institutions. The Academy sponsors about thirty (30) young lawyers from several African countries to London every year, to be trained by top arbitration practitioners, all expenses paid.

"When we conceived the idea, we never knew it would turn out as big as it did. The fact that we were able to get the support of the World Bank, several global law firms and arbitral institutions, tells you that this project is no child’s play. It’s a golden opportunity for young African lawyers and we are glad that the targets of the initiative are taking advantage of the opportunity, as demonstrated by the huge number of the applications we received for the maiden edition from talented lawyers in different parts of Africa. For us, we see this as a way to give back. We aim to increase the number of candidates, so that more people can benefit. We hope to continue to grow from strength to strength."

Femi is also a member of the Drafting Committee of the Protocol on Virtual Hearings in Africa, which was a direct response to the havoc caused by the corona virus pandemic. The goal of the Protocol is to provide guidelines and best practices for arbitration within Africa, where a physical hearing is impracticable due to health, safety and other considerations. The Protocol was lauded by the global arbitration community, as timely and a great initiative.

About Femi Gbede
Femi Gbede is a qualified lawyer in both Nigeria and New York. He graduated from the New York University School of Law where he was an Arthur Vanderbilt scholar, and an editor of the Journal of International Law & Politics. He is also a graduate of the University of Cambridge in England. He has spoken at conferences and workshops, locally and internationally. He has held several leadership positions, including being the Treasurer of the Nigerian Lawyers Association in New York and an Editorial board member at Africa Arbitration. He is also a Weinfeld Fellow at New York University.