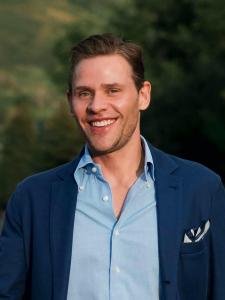 Jason Gabbard, one of the founders of JUSTLAW

…the real spin here is the use of technology, 24/7 access, asynchronous chat and their matching algorithms. That’s the game changer.”
— Joseph Lonetto

NEW YORK CITY, NY, UNITED STATES, March 2, 2021 /EINPresswire.com/ — Launched in 2020 in the face of the worst pandemic in a century, JUSTLAW started with the lofty vision to give ordinary Americans access to top attorneys on a 24/7 basis. It’s working. The upstart has notched multiple months of 100%+ growth.

Legal scholars have estimated there are approximately 238 million unsolved household legal problems in the United States right now, despite there being over 1.2 million licensed attorneys. And unfortunately, most of those problems fall on the shoulders of working class Americans, not the one percenters.
JUSTLAW aims to deliver an antidote to this broken model.

“There’s been a lot of displacement in the market, with job loss, unpaid rents, mortgages in arrears, and generally anxiety and stress, which may have been there before,” says founder Jason Gabbard. “But it’s definitely been exacerbated by the pandemic. That's definitely blown some wind into our sails."

JUSTLAW lets people connect with lawyers over the web, via SMS, video or phone. The company's legal wellness plans — which start at less than $5 a week – allow customers to match with a lawyer who is in their jurisdiction, has expertise in the problem with which they’re dealing, and has availability when you need to talk. There’s also a first-of-its-kind 2-way rating system being built which will let you rate your lawyer much like you do your Lyft driver. If a lawyer falls below the company's rating threshold, she's removed from the network.

“We think affordable legal services and access to justice are not just something people should have, it’s something our constitution promises us,” a company spokesperson said, adding “it’s crazy that this hasn’t already been done.”

It isn’t clear if the customers are signing up because of COVID or because of general legal issues these days, Gabbard points out.

The company is also seeing more millennials requesting services. A surprise, Gabbard notes. A lot of millennials come to the company looking to protect their pets and their digital assets – like YouTube and TikTok accounts, especially the influencer set. Many in this set aim to use bespoke planning documents to essentially set up "dead-hand" control over digital assets, and establish funds and guardianship arrangements for their beloved pets; lots of seemingly non-traditional planning exercises, a company spokesperson notes. Gabbard says this group is, in many cases, drawn in by the cool branding and tech focus, but also genuinely interested in and motivated by the Company’s public benefit arm, JUSTCARE, which gives a percentage of its profits and attorney time back to the communities in which they operate.

The idea isn't new. The old Prepaid Legal built a network of attorneys back in the 1970s and allowed people to tap into the network for a monthly fee. But as Joseph Lonetto, a New York City-based attorney, suggests, the real spin here is the use of technology, 24/7 access, asynchronous chat and their matching algorithms. “That’s the game changer”, Lonetto goes on to note.

According to insiders at the company, a small business offering is in the works with a major partnership in place to help with distribution.

Whether JUSTLAW can make a dent in the 238 million legal problems Americans have right now remains to be seen, but they’re definitely off to a good start.