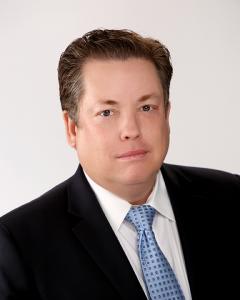 Defendants can face exceedingly high damages for conduct that goes beyond negligence and shows a conscious disregard for other’s safety. by Candice Pillion

An attorney seeking punitive damages needs to do a thorough investigation into the matter, interviewing and deposing any witnesses or law enforcement personnel associated with the incident.”
— Paul M. Kistler, Palmdale Personal Injury Lawyer

PALMDALE, CALIFORNIA, UNITED STATES, May 3, 2021 /EINPresswire.com/ — Punitive damages are one of several forms of relief available to plaintiffs in California, but only certain types of cases and certain plaintiffs are eligible to seek and receive this form of compensation. This article delves into what punitive damages are, who can claim them, and when they’re awarded.

What are punitive damages?

In extreme cases, courts will go further than awarding compensatory damages and will award punitive damages. Punitive damages are, as the name implies, a form of damages imposed by a judge or jury as a way to punish the defendant for behavior it found abhorrent and unacceptable, and to deter such behavior in the future by either that defendant or others who learn of the award.

When are punitive damages available to California plaintiffs?

The California Civil Code, section 3294, states that punitive damages are available to California plaintiffs who can show that a defendant acted with “oppression, fraud, or malice” toward the plaintiff, in any claim that does not stem from a breach of contract. This leaves a broad array of lawsuits where plaintiffs can seek punitive damages. These can include:

• Certain physical injury claims, such as assault or battery claims
• Sexual harassment or assault lawsuits
• Drunk driving injury claims
• Claims based on ongoing physical abuse
• Certain product liability claims where a dangerous defect was overlooked or ignored
• Suits based on fraud perpetrated on a corporation or business partner
• Wrongful termination lawsuits where the employer committed gender, race, or sexual orientation-based discrimination in terminating the plaintiff

Take car accidents, for example. Attorney Paul Kistler of the Kistler Law Firm in Palmdale, CA, has been handling car accident cases in Southern California’s Antelope Valley for more than 25 years. Kistler says that generally, an action such as rear-ending someone would not rise to the level of justifying punitive damages, nor would accidents caused by speeding, in most instances. Cases to consider seeking punitive damages, according to Kistler, would include road rage incidents, multi-vehicle speed racing (California ranks third in the nation for the most street racing per capita), and drunk or otherwise intoxicated driving.

What must a plaintiff show in order to be awarded punitive damages in California courts?

The California Civil Code requires that plaintiffs prove with “clear and convincing evidence” that a defendant behaved with oppression, fraud, or malice when committing a wrong against the plaintiff. These terms have definitions under California statutory and case law which offer some, but not much, additional guidance.

• “Oppression” is defined as being despicable conduct that subjects the victim to a cruel and unjust hardship in conscious disregard of their rights.
• “Fraud” is an intentional misrepresentation or deceit.
• “Malice” consists of conduct intended to injure the plaintiff, or which was despicable and showed a willful and conscious disregard for others’ rights and safety.

The through line of these definitions is that, in order for a plaintiff to show a right to punitive damages, they must be able to produce evidence that shows clearly and convincingly that the defendant intended for the plaintiff to suffer some harm, or acted so carelessly and dangerously that they could assume that harm such as that suffered by the plaintiff would be the result.

Attorney Kistler says that the “clear and convincing” standard required for punitive damages is a very difficult standard to meet. “The evidence in these cases,” Kistler explains, “needs to be unambiguous and usually supported by several witnesses and/or a criminal conviction.” Kistler continues, “an attorney seeking punitive damages needs to do a thorough investigation into the matter, interviewing and deposing any witnesses or law enforcement personnel associated with the incident.” Finally, Kistler explains that these types of cases tend to go to trial rather than settle, since punitive damages are often large and usually not covered by automobile liability insurance.

So, although punitive damages are only available in a small fraction of personal injury cases, and proving them requires strenuous effort on the part of the plaintiff’s attorney, a resulting punitive damages award can provide much needed additional compensation to the injury victim while deterring future similar conduct from the defendant and other members of the public at large.