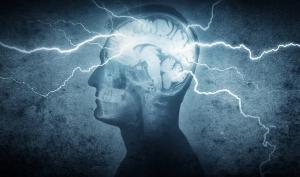 Watchdog says, “conversion therapy,” which uses electroshock, is torture recognized by the UN. Whether used for behavior modification, internet addiction or any psychiatric condition, it is not conducive to achieving mental health. All shock devices require banning.

Watchdog says, “conversion therapy,” which uses electroshock, is torture, recognized by the United Nations. ECT is not conducive to achieving mental health.

LOS ANGELES, CALIFORNIA, UNITED STATES, July 20, 2021 /EINPresswire.com/ — While electroshock use as part of “conversion therapy” is being banned—most recently by Minnesota Governor James Walz—the mental health watchdog, Citizens Commission on Human Rights International (CCHR), said the protection for the LGBTQ community should be extended to all individuals, with a state-by-state ban on all electroshock treatment.[1] It says to protect everyone, all electroshock devices should also be prohibited because electricity does not discern the difference between individuals—it is torture, whether used with numbing drugs or not.

The governor signed an executive order banning conversion therapy for minors making it the 21st state to ban the practice. At its extreme, it involves shock therapy where people are subjected to jolts of electricity.

Recently, the Food and Drug Administration lost an appeal against its decision to ban a device that uses electroshock on the skin of intellectually challenged or disabled individuals, including autistic children as behavior modification. CCHR joins the public outrage that disability rights groups have expressed over the practice at the JRC special-needs facility in Massachusetts.[2]

According to the FDA, “Evidence indicates a number of significant psychological and physical risks are associated with the use of these devices, including worsening of underlying symptoms, depression, anxiety, posttraumatic stress disorder, pain, burns and tissue damage. In addition, many people who are exposed to these devices have intellectual or developmental disabilities that make it difficult to communicate their pain.”

Jennifer Msumba, an autistic woman who received shocks “almost every day,” told CBS News, “I would get five or ten shocks for just doing one thing,” meaning a minor behavioral infraction. “That was like being underground in hell. I would ask God to make my heart stop.”

However, autistic children—some as young as eight—are also given general electroshock, with anesthetic.[3] One teenager was subjected to the brutal practice more than 250 times.

The FDA can ban harmful medical devices, but an appeals court ruled that the agency cannot choose how the devices are used. As the JRC shock box was only banned for treating aggressive and self-injurious behaviors, FDA overstepped its boundaries in regulating psychiatric practice, according to the court decision.[4]

“This is why all electroshock devices—from JRC’s to those used in general psychiatric practice—need to be banned for all uses. It is egregious that when the public is demanding better ‘mental health,’ such medieval torturous practices still exist,” Jan Eastgate, president of CCHR International says.

Several United Nations reports condemn the use of all forced electroshock as torture, urging governments to ban it.

In 2010 and 2013, UN Special Rapporteurs on Torture sent urgent appeals to the U.S. government, urging an investigation into the JRC shock device and students subjected to electric shock that were violations under the UN Convention against Torture and other international standards.[5]

CCHR, which was established in 1969, says electroshock and psychosurgery have long been used to abuse individuals, violently curb unwanted behavior, change sexual preferences and for political use. The group’s documentary, Therapy or Torture: The Truth about Electroshock provides the grueling history of the practice which involves hundreds of volts of electricity sent searing through the brain to cause a grand mal seizure, memory loss and brain damage.

Psychiatrists, who until 1973, labeled homosexuality a “mental disorder,” subjected individuals to electroshock and psychosurgery. The late Dr. Harry Bailey, a leading Australian psychiatrist until his death in 1985, defended gay men in court by claiming that a brain operation would “fix” their mental “disease.” He believed cerebral surgery could “cure” homosexuality.[6] CCHR obtained a ban on psychosurgery in New South Wales where Bailey had practiced.

In 2017, as The New York Times reported, China planned stopping “addiction centers” from using electroshock and other “physical punishments” on thousands of teens labeled with “Internet addiction.”[7]

Electrical shock was used for torturing political dissidents in China and on prisoners of war (such as Abu Ghraib in Iraq), about which the UN stated: “The use of electroshocks on prisoners has been found to constitute torture or ill-treatment.”[8]

The use of electroshock (ECT) is a lucrative $3-$5 billion a year industry and is not only costly in terms of health risks, but also financially. Researchers recently found that those who received ECT were hospitalized four to 29 days longer than those who did not and incurred an additional $5,700 to $52,700 in costs—or more than double the total healthcare costs as those not subjected to it.[9]

CCHR, which has obtained over 190 laws worldwide to protect individuals, asks people to sign its online petition to ban ECT.

[6] https://truthaboutect.org/tribute-to-whistleblower-nurse-who-exposed-deadly-drug-and-shock-practice-deep-sleep-therapy/, citing: Philip Hickey, Ph.D., “Deep Sleep “Therapy” in Australia in the 1960s & ’70s: Could Something Like This Happen Today?” 27 Aug. 2020, https://www.madinamerica.com/2020/08/deep-sleep-therapy-australia/