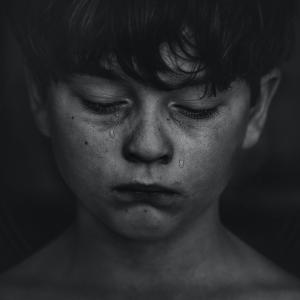 The Florida “Baker Act” has previously caused long lasting trauma to children who were removed from school for an involuntary mental health examination without their guardian’s knowledge. 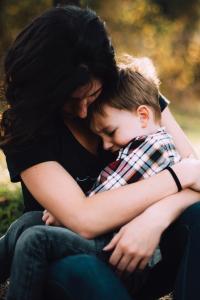 Recent amendments to the Florida “Baker Act” law give parents and guardians a chance to intervene before a child is involuntarily sent to a mental hospital for examination.

While amendments to the law provide greater protection for children, Florida attorney Justin Drach says there is much more work to be done.

By creating relationships with school staff, they will know who to contact in case of an emergency with your child. …[T]hey will contact you first.”
— Justin Drach, Attorney at Law

CLEARWATER, FLORIDA, UNITED STATES, July 27, 2021 /EINPresswire.com/ — “In litigation we have going right now, people in the facility violently beat the client,” says Justin Drach, a Florida defense attorney who specializes in Baker Act cases and personal injury law. “They do it by going to where the cameras are not. They do it outside the camera’s view.”

The 1971 Florida Mental Health Act, colloquially called the “Baker Act” after Miami Rep. Maxine Baker who sponsored the law, allows for doctors, mental health practitioners, judges and law enforcement to send anyone deemed a threat to self or others as a result of mental illness for an involuntary psychiatric examination in a mental facility. There they can be held against their will for up to 72 hours.

The Baker Act is “available to protect the citizens of Florida,” says Drach. “However, when you factor in insurance fraud and the lack of understanding [of the law] that is where you get abuse.” On top of that, factor in human rights violations against those held in mental hospitals. “Some of our clients have been violently beaten in these facilities,” says Drach. “It is really quite horrific.”

When it comes to children, abuse of the Baker Act law has been rampant. Children as young as 6 years old deemed a “threat to self or others” by a teacher for having a tantrum at school have been carted away in handcuffs by law enforcement and placed in the back of a cop car in front of their peers to be escorted to a Backer Act receiving facility. In many cases parents or guardians responsible for the child’s wellbeing were not contacted until the child had already left the campus in police custody.

A new bill, titled “School Safety,” which was signed into law by Governor Ron DeSantis last month makes amendments to the Baker Act law that seek to change this. The law now states that a “reasonable attempt to notify a student’s parent, guardian, or caregiver” must be made before the student is removed from “school, school transportation, or a school-sponsored activity to be taken to a facility for an involuntary examination.”

Some children’s rights advocates, such as the Dawn Steward of the Florida Parent Teacher Association’s Legislative Committee, had hoped for stronger wording that would mandate contact of a guardian before a child was removed from a school setting.

Nevertheless, the new wording is stronger than previous versions of the law. It now includes that the school principal or principal’s designee must “use available methods of communication to contact [the child’s guardian], including but not limited to, telephone calls, text messages, e-mails, and voice mail messages following the decision to initiate” a Baker Act on the child. The principal must also “[d]ocument the method and number of attempts made to contact the student’s [guardian] and the outcome of each attempt.”
The bill passed unanimously in the Florida House of Representatives with lawmakers on both sides of the aisle congratulating each other on the advance in protecting children from what can often be a traumatic experience.

Diverse groups including the Florida Sheriff’s Association, the Southern Poverty Law Center, the mental health human rights watchdog group Citizens Commission on Human Rights Florida, and the Florida PTA came together to support changes to the law. “I enjoy advocating for people who have no voice,” says the Florida PTA’s Steward.

Parents and guardians of children with developmental disabilities, who have had far more than their share of bad experiences with the Baker Act law agree with working together and speaking out. “Nothing gets changed if you don’t speak about it,” says Cathy Lovejoy. Lovejoy has told the story of her grandson, born with a neurological condition called fetal alcohol syndrome, being wrongly Baker Acted, numerous times to media to effect change in the public conscience on the issue. Lovejoy called the new revision a “good step” towards protecting children and parent’s rights.

Attorney Drach, however, appears unsatisfied. “While this is a positive addition,” says Drach, “there is much more work to be done.”

“There are no teeth to the rights that Baker Act patients have,” he says. Drach states that the law should be amended to provide for “reasonable attorney’s fees” to attract more attorneys to the subject. Calling the subject an “underserved area of the law” he notes that most people cannot afford an attorney, which allows for human rights abuses and insurance fraud to go unchallenged.

“Fraud. It happens every day in the state of Florida,” says Drach. Every bed filled in a mental hospital after a Baker Act brings in thousands of dollars. If a child is incorrectly Baker Acted at the behest of school personnel, the insurance charges still come in. One individual received a $20,000 bill after a two-night, involuntary, stay in such a facility. Drach cites another client who was charged $40,000 for a helicopter ride to an involuntary examination, a ride they did not ask for and could not afford.

Drach is a founding member of the Baker Act Defense Attorney Summit and Symposium, a fully accredited, all-day educational event for defense attorneys fighting mental health human rights abuses, hosted by the Citizens Commission on Human Rights Florida. This year’s summit, at which he was a featured speaker, was held virtually on 23 July. According to CCHR there was record turnout online, with more and more attorneys interested in pursuing justice for clients wronged by the misapplication of Florida’s mental health law.

Despite the fact there is still so far to go, Drach, as a father himself, encourages parents to become familiar with the revisions to the Baker Act law to better care for their children.

This amended law “behooves parents in the State of Florida to maintain a connection with the front office of their child’s school,” says Drach. “By creating relationships with school staff, they will know who to contact in case of an emergency with your child. And in the case of the Baker Act, before your child is put in handcuffs and carted away, they will contact you first.”

Says Drach: “That will create the best possible outcome for families in Florida.”
______

About CCHR: CCHR is a non-profit mental health watchdog group dedicated to eliminating abuses committed under the guise of mental health. CCHR, an expert in mental health human rights, works to ensure patient and consumer protections are enacted and upheld. In this role, CCHR has helped to enact more than 180 laws protecting individuals from abusive or coercive mental health practices since it was formed over 52 years ago. For more information on CCHR Florida visit, www.cchrflorida.org

CCHR was co-founded in 1969 by the Church of Scientology and Professor of Psychiatry Emeritus Dr. Thomas Szasz at a time when patients were being warehoused in institutions and stripped of all constitutional, civil and human rights. It was L. Ron Hubbard, the founder of Scientology, who brought the terror of psychiatric imprisonment to the notice of the world. In March 1969, he said, “Thousands and thousands are seized without process of law, every week, over the ‘free world’ tortured, castrated, killed. All in the name of ‘mental health.’” For more information on the Church of Scientology visit, www.scientology.org