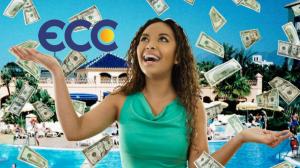 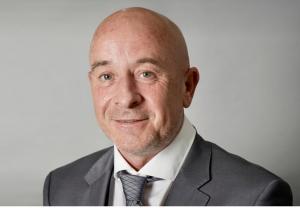 Timeshare giant Marriott not contesting latest compensation defeats. Wronged consumers receiving between €40,000 and €85,000 awards in a matter of weeks

"Timeshare claims are speeding up all the time," confirms Andrew Cooper, CEO of (ECC) who are the most successful claims advisory company. "At one time claims took several years to complete.”
— Andrew Cooper CEO of ECC

Marriott Vacation Club International (MCVI) like most timeshare companies in Europe have been ignoring laws designed to protect consumers for years. Laws that MCVI have breached (according to court judgements in Malaga and Mallorca) include:
Issuing contracts with a duration in excess of 50 years
Taking payments within the statutory 14 day cooling off period
Selling floating weeks
Since 2015, claims companies have been successfully suing timeshare resorts for financial compensation on behalf of customers who were sold under these, or other illegal conditions. In the past, the resorts did not capitulate easily…

Historically, timeshare companies have fought tooth and nail to avoid paying out compensation awarded against them by the courts. Their resistance (to paraphrase B movie war villains) was futile. After exhausting all legal processes, they are invariably still ruled against. They might delay the award, but never avoid it.

Marriott have been taking the high road lately, forgoing the drawn out legal shenanigans and honouring what they owe almost straight away.

Recently a German couple was awarded a total of €81,208 by the Court of First Instance in Marbella. This included the contract amounts plus double the deposits, which were illegally taken within the cooling off period. On top of this the clients are due a significant (but undisclosed) amount of legal interest.

Barely two months after the judge awarded the compensation, Marriott voluntarily deposited the funds with the court, meaning the clients receive the money within days.

Not long after this result, Marriott conceded another victory in Palma de Mallorca's Court of First Instance. This time the award was for €43,319 plus legal interest. Again Marriott voluntarily deposited the money without a fight.
New expectations for timeshare claims

"Timeshare claims are speeding up all the time," confirms Andrew Cooper, CEO of European Consumer Claims (ECC) who are arguably the largest and most successful claims advisory company. "At one time claims took several years to complete. The timeshare companies fought through every possible legal avenue they could to avoid paying what they owed.

"A string of legal precedents have sped the process up considerably, and it is getting quicker all the time as timeshare businesses gradually accept that there is no way they can avoid compensation once it has been legally awarded. All they do by challenging the award is delay the inevitable and in doing so cost themselves more money.
"While other big companies like ANFI and Club La Costa are still fighting claims against them to a degree, even they are putting up far less resistance.

Cooper believes that Marriott's speedy acceptance will be the norm in future. "It is logical that these companies realise the futility and unnecessary expense of going through court delays that have virtually zero chance of success.

"In the past, timeshare companies knew that individuals might give up, ground down by Spanish legal bureaucracy.

"With claims companies handling cases, that no longer happens. We will never give up and timeshare companies know this. There is a gratifying trend of companies accepting this new reality and accepting what they owe in a timely manner.

"As with anything relating to the timeshare industry, and claims in particular, be careful who you trust," warns Andrew Cooper. "There are fraudsters out there who will tell you you have a claim when you don't, just so they can charge a fee for nothing. Similarly there are firms who will give you unrealistic timelines.

"The best recommendation is obviously from another owner who has already successfully claimed," says Cooper. "If you don't know anyone personally who has done this, then there are several free independent consumer associations who you can talk to for advice.