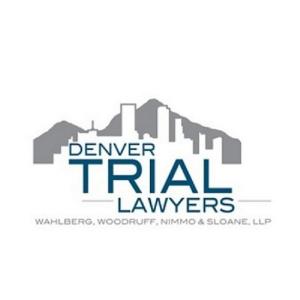 For more than 20 months, UM has denied accountability. Survivors are angry. Students are angry. They’ve reached their breaking point and the Regents need to act now and settle survivors' claims.”
— Grace French, a survivor of abuse by Larry Nassar

LANSING, MI, Oct. 14 — After days of protests at the home of University of Michigan President Mark Schlissel have snowballed from one man to nearly 300 people, attorneys for campus sexual abuse victims say it has become clear that University regents will have an increasingly difficult time continuing to stonewall the hundreds of victims of UM doctor Robert Anderson, who are demanding a face-to-face meeting.

Abuse survivor and former UM football star Jon Vaughn began a 30 day camp-out in Schlissel's front yard on October 7, requesting that Schlissel and the University’s regents personally meet with survivors. But Vaughn told reporters that so far, the only UM officials who have spoken with him were security guards.

The protest began not long after the Detroit News reported that Schlissel had admitted that the litigation would incur enormous liability for the University, in a meeting recorded and shared with reporters. Mere days later, Schlissel announced his plan to step down from his post, a year before his contract is set to expire.

Attorneys Jamie White and Parker Stinar, who together represent more than 250 Anderson victims, commented on the historic significance of the case.

“Anderson’s crimes add up to one of the most prolific sexual abuse cases of men — and predominantly African American men — in the history of sports. Because Black male athletes are seen as powerful, that leads to skepticism that they could truly be victimized by a sexual predator, in the same way the girls on the USA Gymnastics team were by Larry Nassar. But Nassar’s and Anderson’s methods were virtually identical: abuse under the guise of medical treatment, years of ignored complaints, at a campus just 50 miles down the road.”

Like the protest on Schlissel’s front lawn, support for Anderson’s victims has continued to grow.

“For more than 20 months, the University of Michigan has denied accountability and attempted to silence survivors of Dr. Anderson,” said Grace French, a survivor of abuse by Larry Nassar and board member of Army of Survivors. “Michigan has also failed to apologize for their own institutional failures of protecting a sexual predator for more than three decades. Survivors are angry. Students are angry. They’ve reached their breaking point and the Regents need to act now and settle survivors' claims. There is no other way to put out this dumpster fire.”

Attorney Parker Stinar has litigated matters in more than 35 counties across the country, including trials in 3 states. He has obtained numerous seven-figure verdicts and settlements, including a $3 million dollar verdict as first-chair counsel in 2015, $1.7 million dollar verdict in 2016, and $680,000 in 2018 . He is a frequent guest speaker at law schools, bar associations, and the American Association for Justice (AAJ).