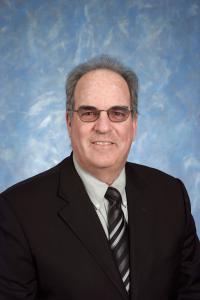 Having a preference for hiring younger employees is illegal per se. A company must be able to prove a hiring decision was made without considering age.”
— Richard Koss, Bay Area Employment Lawyer

The two plaintiffs, pharma sales reps Jared Grimes, 49, and Georgia Edmondson, 55, argue that the company has a set of discriminatory hiring policies that "systematically excluded" applicants who are older for several positions including sales representative roles. Despite older applicants having more experience, knowledge, and credentials, the plaintiffs allege that these types of applicants are routinely passed up for younger, less qualified applicants. The pair brought forward their complaint after they were denied employment at the company’s diabetes and primary care units sales rep positions, despite being highly qualified and landing interviews. They allege they were both passed over for younger applicants.

Grimes and Edmondson allege that instead of implementing traditional hiring practices that would open positions for sales reps of all ages in the diabetes and primary care units, the company instead followed several hiring practices that disregarded applicants over the age of 40. The company did this through several methods, with a main one being recruiting for certain positions by advertising only through activities that took place on college campuses and through internships. The complaint alleges that "Eli Lilly views younger applicants as being more physically attractive than older applicants." The lawsuit adds, "Based on their appearance, Eli Lilly believes younger applicants are better suited to be employed in a sales representative role."

Both plaintiffs also argue that when certain positions were opened, interns were the first to be looked at for the role. "Only after exhausting all potential intern hires does Eli Lilly sometimes post these positions publicly," the complaint reads.

Grimes and Edmondson also allege that these hiring practices which violate age discrimination laws are fueled by Lilly managers’ incentive to hire millennials and “early career professionals” in order to meet “discriminatory quotas.” The plaintiffs go on to allege that this approach to hiring younger applicants was no hidden matter either. The company's CEO David Ricks "began to publicly stress the fact that he wanted to increase the percentage of millennial sales representatives to 40% of the overall sales force by 2020," according to their complaint.

Richard Koss, a California employment law attorney based in the San Francisco Bay Area, suggests that companies facing allegations such as these might need to change their hiring policies. “Having a preference for hiring younger employees is illegal per se,” he says. “A company does not need to have any employees over 40 [the threshold age for age discrimination], but it must be able to prove a hiring decision was made without considering age.” Koss acknowledges this could be an extremely difficult burden for a large company such as Eli Lilly.

A spokesman for the company vehemently denied any claims of discrimination against older employees. “[Lilly] does not discriminate on the basis of age, race, color, religion, gender, sexual orientation, gender identity, gender expression, national origin, protected veteran status, disability or any other legally protected status," the spokesperson shared in a statement. "We are committed to fostering and promoting a culture of diversity and respect. We do not comment on the details of ongoing litigation."

This is not the first time the drugmaker has been embroiled in scathing accusations of mistreatment of employees. Earlier this year, former CFO Josh Smiley left the company in February after an internal investigation revealed he took part in “consensual though inappropriate personal communications" with employees. A month after his departure, the company was sued after former employee Sonya Elling alleged she was mistreated and unlawfully fired from her position because her managers deemed her to be a “strong, assertive female” who did not "conform to traditional gender stereotypes." The company denied any wrongdoing in the case but moved forward with a confidential settlement.

Grimes and Edmondson are seeking back pay and front pay as well as liquidated and punitive damages. They are also seeking damages for having lost benefits as well as suffering emotional distress. Lastly, the pair are asking the courts for injunctive relief that would prohibit the company from behaving in a manner that enables age discrimination.

Attorney Koss notes that while punitive damages can be recovered under the Age Discrimination in Employment Act (ADEA), the standard of proof is much higher than what is required to prove other damages: plaintiffs would have to prove the employer engaged in malice, fraud, or oppression and prove these facts by “clear and convincing” proof, as opposed to “the preponderance of the evidence” standard required to prove other damages, such as emotional distress. Koss notes that emotional distress damages are typically sought in discrimination cases, and a successful plaintiff who suffered emotional distress has a good chance of recovering those damages.

Finally, Koss points out that this case is being brought as a class-action complaint, and the plaintiffs will need to have the class certified by the court in order to proceed. “Sometimes this is the hardest battle,” Koss says of class-action lawsuits.

This case was filed on September 1, 2021, in the United States District Court for the Southern District of Indiana. The named plaintiffs hail from Georgia and Florida, while the defendant houses its corporate headquarters in Indiana.