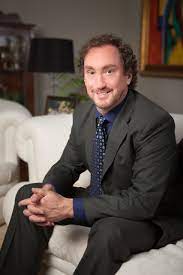 LOS ANGELES, CA, UNITED STATES, October 26, 2021 /EINPresswire.com/ — The tragedy on the Santa Fe, New Mexico, set of Alec Baldwin’s “Rust” could have serious legal consequences for Alec Baldwin, who fired a prop gun Thursday that accidentally killed the film’s director of photography Halyna Hutchins, 42, legal experts told The Post Saturday. The repercussions for Baldwin — the film’s executive producer — could even include negligent manslaughter charges, according to Joseph Costa, an attorney with Costa Law in Los Angeles.

Acclaimed Criminal Attorney, Joseph Tully, disagrees with this notion and believes Baldwin will not be charged for manslaughter. " I disagree with other the legal experts cited," states Tully. I agree that criminal charges are a strong possibility – but not for Alec Baldwin. Whether Baldwin is charged depends entirely upon the facts of the circumstances, with no charges, or no serious charges against him, being the most likely result. A search warrant was obtained by the Santa Fe County Sheriff's Department. An active investigation was confirmed by the Santa Fe County District Attorney’s office. Actor Baldwin was told on set that the gun was “cold,” meaning no bullets in it. Because he had no intent to kill and his actions were not acting unreasonable or inherently dangerous, in his mind pointing a safe prop gun for a scene, he would most likely not be charged though he would no doubt be a main witness if any prosecution goes forward."

New Mexico criminal attorney Erlinda Johnson, a former state and federal prosecutor said the “Beetlejuice” actor could face possible criminal liability for involuntary manslaughter. Joseph Costa said something similar, “As an executive producer, you are in a position of control and you can get prosecuted criminally,” he said. “It’s the equivalent of drinking and driving, meaning someone may not have intended to cause great harm but they do.”

Tully, continues sharing his point of view, "Criminal charges can only incur there if there is intent. If Baldwin believed the gun was a prop gun and that it posed no threat, then this would be considered an accident and no charges would occur. However, if there are facts indicating that a reasonable person should have known that what he did, take a prop gun and fire it at a human being, would have been dangerous, then he would be charged accordingly. Most likely, unless there was an intent to kill, facts not present in the situation as presented to the public, he will not face murder charges."

Cinematographer Halyna Hutchins, 42, died last Thursday after Baldwin fired a loaded weapon that was handed to him by an assistant director who mistakenly believed it was safe to use on the New Mexico set of "Rust." Director Joel Souza was also hit and injured but has since been released from the hospital.

"Early signs point to David Halls being at least the subject of investigation," states Tully. "Halls was the first assistant director. A Crew member said that it was his job to check the guns. Halls also has a reputation for being lax on safety and has a track record of negligent accidents on previous film sets. Autopsy reports are pending. They will tell us what caused the death of cinematographer Halyna Hutchins. If there were bullets in the gun or a dangerous type of blank, then whoever put the ammo in the gun will most likely be charged with murder or negligent homicide."

Joseph Tully, a leading California criminal lawyer and author, helps people defend their liberty and reputation in a broken criminal justice system. Joseph’s remarkable record of earning Not Guilty verdicts is based on an unwavering willingness to fight back against law enforcement’s presumption of guilt and prosecutors’ deal making machinery that bullies a guilty plea without proving a case.

With a statewide trial schedule that would exhaust the Lincoln Lawyer, Joseph Tully provides expert commentary for the media and his book California: State of Collusion (Sutton Hart September 2018).