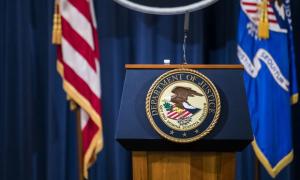 Medicare patients are entitled to receive care necessary for their clinical needs, and not the financial needs of Stanford Hospitals and Stanford University.”
— Ms. Gloria Juarez

SANTA CLARA, CA, USA, November 5, 2021 /EINPresswire.com/ — The Ninth Circuit Court of Appeals again rejected Stanford’s further arguments in the landmark case United States vs. Stanford Health Care et al. This is the U.S. Government’s case against Stanford for nearly $500 million of alleged Medicare billing fraud. In entering the latest adverse ruling against the healthcare gorilla, the Court struck Stanford’s argument on the critical motion, and ordered sealed Stanford’s motion to strike, for alleged “salacious and slanderous misstatements”. The Court also rightfully did not adopt Stanford’s many complaints about the press coverage of their billing fraud lawsuit.

The False Claims Act (FCA) Complaint against Stanford Hospital and Stanford Health Care was filed in December of 2017 in Federal Court. The lawsuit was filed under-seal on behalf of taxpayers. The case alleges ongoing and institutional healthcare billing fraud by Stanford Hospitals and Clinics, who changed its name to Stanford Health Care. The Government deemed this lawsuit as having “serious allegations worthy of analysis by Stanford”. Accordingly, Stanford and its multiple alter egos like Stanford Children’s Hospital and University Healthcare Alliance, among others- are under justified Government scrutiny.

Medicare patients are entitled to receive care necessary for their clinical needs and not the financial needs of Stanford Hospitals and Stanford University,” said Ms. Juarez, head of the private firm’s healthcare fraud division. “Health care providers like Stanford must be held accountable when they bill for unnecessary services or treatment, commit billing fraud, and take advantage of loopholes in the Medicare billing systems for sheer profits.” Medicare beneficiaries are some of the most vulnerable patients in the healthcare system. It is shameful and reprehensible for Stanford to take financial advantage of Medicare patients who have no choice but to place their full trust in Stanford.

The pleadings explain that “Stanford merely seeks to continue its unchecked healthcare fraud and test its hypothesis of effectively circumventing its liability to the Government through cunning litigation and barbed gamesmanship, at a substantial nine figure loss to the Government and the larger healthcare community.”

The lawsuit explains that Stanford is organized under IRS rules as a purported not-for-profit organization. Stanford pays no federal income taxes. Stanford collected more than $4 billion of healthcare revenues in 2016 alone. Stanford’s tax returns show Stanford nearly doubled its Medicare revenues from the Government from 2012 ($460.4 million) to 2016 ($755.7 million) without an explainable, reasonable, or proportionate increase in Stanford’s expenses or overhead. The Complaint further alleges that Stanford manipulated patient medical and nursing records to falsely bill, upcode time units, and upcode units of exorbitant surgical supplies- many of which were never even used.

According to the journal Health Affairs, Stanford has maximized its revenues and keeps rank as one of the top 5 most profitable hospitals in the U.S.

The lawsuit alleges that Stanford’s decade long campaign includes unlawful upcoding to obtain payments to which Stanford knew they were not entitled. Stanford feared leaving tens of millions of dollars on the table that would otherwise pay mandatory levies into the Stanford University “Dean’s tax” slush fund. The Medicare funds also monetized Stanford new “corridor and arcade” which opened in late 2019.

Stanford Vice President and “Healthcare Billing Compliance Officer” Debra Zumwalt, is a named Defendant in this case. Zumwalt is alleged to be one of the masterminds behind Stanford’s healthcare scheme designed to maximize profits over safety. Interestingly, Zumwalt was a named Defendant in another “fraud” lawsuit in the San Francisco State Court CGC-18-565596 captioned Devesa vs. Stanford-StartX Fund et. al.

Stanford’s “shut down” tactics of any red flags are alleged to have included “cattle prodding” of doctors and billing staff, security threats, and up to termination of employees who “sounded the alarm” as to Stanford’s unlawful billing. A number of employment suits by whistleblowing employees, against Stanford Hospital and University have been filed: Young vs. Stanford (RG17-877055) in the Alameda County Superior Court, Gaines vs. Stanford (3-16-02381) in California Federal Court, among many others.