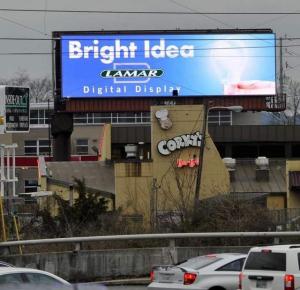 The Supreme Court takes on the issue of billboard bans in Austin v. Reagan on 11/10.

Digital billboards are damaging to communities. They cause distracted driving, negatively impact property values, and they are harmful to wildlife.”
— Mark Falzone, president, Scenic America

If the U.S. Supreme Court upholds the lower court’s opinion favoring Reagan, existing billboard bans and sign ordinances will be unenforceable, and state and local governments will have limited ability to introduce such restrictions in the future.

“Digital billboards are damaging to communities. They cause distracted driving, negatively impact property values, and they are harmful to wildlife. That’s why more than 700 cities and counties across the country have taken action to ban them,” said Mark Falzone, president of Scenic America, a national nonprofit focused on scenic conservation issues.

Noting the significance of this case, a diverse set of allies have joined Scenic America and other conservation organizations in an Amici Curiae brief supporting Austin’s position. Endorsed by major real estate developers and chambers of commerce, this brief argues that billboards are a uniquely annoying and undesirable type of land use that can be banned to protect property rights. The International Sign Association and Outfront Media, one of the nation’s top billboard companies, have also taken the unusual step of filing briefs of their own to side with Austin.

The Court’s decision will have a significant impact in cities across the nation with digital billboard bans in place or with digital conversions under consideration, potentially undoing portions of the Highway Beautification Act, which was passed in 1965 to limit billboard blight.

The Court’s decision is anticipated in early 2021.