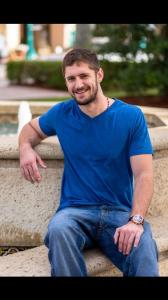 OCALA, FL, USA, November 10, 2021 /EINPresswire.com/ — Give a brief overview of how law became what it is today, starting from the International Court of Justice in the Hague, Netherlands.

The history of law has interesting origins, with its first documented existence going back to a court that has operated for more than 1,000 years — Tribunal de les Aigües de la Vega de Valéncia — which was likely established during the Roman Empire. However, U.S. law is likely tied to the International Court of Justice in the Hague, Netherlands. Jakob Wissel, describes the history of international law in 5 minutes for those curious about modern law’s roots.

Though we’ve adjudicated for millennia, The International Court of Justice (ICJ) was established as the principal judicial body of the United Nations in 1945, with the seat of the court at the Pease Palace in the Hague. It was established to resolve disagreements between sovereign states.

The International Criminal Court (ICC) was established in 2002 to hold those accountable who participate in war crimes, genocide, and other crimes. It was developed post-WWII as part of the international war crimes tribunal, known as the Nuremberg Trials, to prosecute Nazi officials for their wrongdoings.

Many large countries are not part of the ICC today, however. The United States, Russia, and China do not participate.

Courts of the U.S. and Europe, as well as all other countries, act autonomously. Today’s U.S. Supreme Court, for example, which took shape with the passage of the Judiciary Act of 1789, is required to act solely as the highest judicial tribunal, but many have noticed, on both sides of the political fence, that its actions are not always without prejudice or undue influence.

The institutions of law can only act judiciously in an environment without political corruption. Actions once considered abhorrent, like those of Hitler and the men of the SS, can be adjudicated and punished only where there are bodies of law that support unequivocal justice.  The Nuremberg Trials could only be possible with the creation and participation of Allied forces. Today’s courts are in the same position. War crimes, genocide, and other unanimously frowned upon actions can only be tried when countries participate wholly in upholding the law.