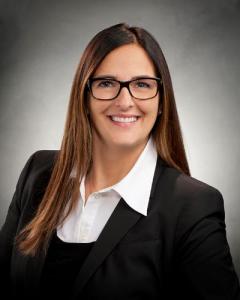 United Nations Convention on the Rights of the Child

Government of Canada must Repeal Section 43 of the Criminal Code, which for almost 130 years has legalized Corporal Punishment of Children.

Section 43 goes against the solid body of research demonstrating the immediate and long-term harms that corporal punishment imposes on children, and on society generally. It must be repealed”
— Dr. Lisa Broda

SASKATOON, CANADA, November 17, 2021 /EINPresswire.com/ — November 20th is National Child Day, and the Canadian Council of Child and Youth Advocates (CCCYA) encourages everyone to hold governments accountable for protecting the rights of our young people.

In Canada, National Child Day is observed in recognition of our country’s commitment to upholding the rights of children and youth and to commemorate two important historical events – the United Nations’ adoption of the UN Declaration on the Rights of the Child in 1959, and the UN Convention on the Rights of the Child (UNCRC) in 1989. National Child Day also presents an opportunity to raise awareness about children’s rights, the progress that has been made, and the work still yet to do.

Canada ratified the UNCRC in 1991, and this year marks the 30th anniversary of its application in our country. The UNCRC is a legally-binding, international human rights treaty setting out the rights that all children are entitled to.

“It requires governments to ensure that young people are protected from harm, are provided with what they need to grow up healthy, happy and safe, are given opportunities to have their voice heard in matters that affect them and have decisions made with their best interests in mind,” said Dr. Lisa Broda, President of the CCCYA and Saskatchewan’s Advocate for Children and Youth.

National Child Day is especially important to CCCYA member offices, as all our work is grounded in the UNCRC. It is our role to help hold governments to account for meeting their legal obligations under this document. “Thirty years is a long time,” said Broda. “Long enough for Canadians to expect the most basic rights of children and youth to be protected by, and safeguarded in, our laws and national policies. While there has been much progress made in the last three decades, there are still circumstances in which this is simply not the case.”

One of the most fundamental human rights – the right to bodily integrity and the right to be safe from physical harm – continues to be denied to our children. Section 43 of the Criminal Code of Canada legally permits corporal punishment and has been used to defend assault of children for the purpose of corrective discipline. While there are limits on the force that can be used in its administration, interpretation and application of these limits have been inconsistent. As a result, children have not enjoyed the same protections against violence that are taken for granted by adults. “Parenting practices, as well as our understanding of their impacts, have changed over time. Section 43 goes against the solid body of research demonstrating the immediate and long-term harms that corporal punishment imposes on children, and on society generally. It must be repealed,” said Broda.

The need to protect children and youth from physical violence in what are most often private settings, as permitted by section 43, becomes even more urgent considering the persistence of the COVID 19 pandemic, the increased stress it has imposed on families, the self-isolation measures it has required, and the increase in violence against children that have resulted from these conditions.

Not only is this year the 30th anniversary of Canada’s commitment to upholding children’s rights, it is also a year in which the country is actively engaged in the accountability process required by the UNCRC. Every five years, Canada must report to the UN Committee on the Rights of the Child (the Committee) on its progress.

Canada is lagging. There are 63 countries that have ended away with corporal punishment. The Committee has previously expressed that it is “gravely concerned that corporal punishment is condoned by law” and urged Canada to abolish it. In the current reporting cycle, Canada has been asked to specifically comment on the measures it has taken to do so. Canada must provide a written response, as well as appear before the Committee in May 2022, to speak to this question, among others. Although long overdue, this presents an opportunity for Canada to finally take concrete action on this issue.

“While it is the mandate of CCCYA members to advocate for children’s right in their respective provinces and territories, everyone has a role to play in holding our governments accountable for their responsibilities to our children,” said Broda. “As a nation, the CCCYA encourages everyone to raise their voices this National Child Day and call upon Canada to present the Committee with a plan to repeal section 43. It’s time,” said Broda.

About the Canadian Council of Child and Youth Advocates

The Canadian Council of Child and Youth Advocates (CCCYA) is an association of government-appointed children's Advocates, Representatives and Ombudspersons from across Canada who are independent officers of the legislatures in their respective jurisdictions with explicit legislated mandates to promote and protect children’s human rights through complaint resolution, advice to government, amplification of child and youth voices, and public education functions. CCCYA members work together to identify areas of mutual concern and address national issues.

The Canadian Council of Child and Youth Advocates calls upon the Canadian government to repeal section 43 of the Criminal Code.

Section 43 of the Criminal Code is almost 130 years old and is an outdated codification of English common law, which treated children as property, and has been used to defend corporal punishment and assault of children for the purpose of corrective discipline. This type of corrective discipline or corporal punishment of all other Canadian citizens by persons in authority is prohibited. Surely children should not be relegated to second-class citizens in a country as enlightened as Canada. The continued use of physical punishment in the case of children violates their rights to live free from all forms of violence and to receive equal protection under the law, as guaranteed to all persons by the United Nations Convention on the Rights of the Child and the Canadian Charter of Rights and Freedoms. It also violates children’s right to respect for their human dignity and physical integrity, as well as their rights to health, development, and education.

A solid body of research has demonstrated that corporal punishment is the most common form of violence experienced by children and that it is strongly associated with broad and enduring personal and societal harm that can follow children into adulthood.

Not only is corporal punishment linked to lifelong harm of children who experience it, but it is often transmitted across generations, along with its negative and traumatic outcomes. The far-reaching generational impacts of the violence experienced by multitudes of Indigenous children placed in residential schools is powerful evidence of this cycle of harm. This has caused the Truth and Reconciliation Commission of Canada to identify the repeal of section 43 as its sixth Call to Action, stating, “Corporal punishment is a relic of a discredited past and has no place in Canadian schools or homes.”

Canada is out of step with international developments and falling further behind the growing number of countries globally that have enacted strong “full prohibition” legislation in recognition that corporal punishment is a violation of children’s human rights.

To date, 63 countries have prohibited corporal punishment in all settings (homes, schools, alternative care), as well as Scotland and Wales, and 27 more have committed to doing so. Across the European Union, 22 of the 28 European Union member states have achieved full prohibition. Canada has unfortunately not yet made such a commitment, even though it is a Pathfinding Country under the Global Partnership to End Violence Against Children, which carries with it the commitment to implement the prohibition against all corporal punishment of children. In addition, all United Nations member states, including Canada, have adopted a target of ending all forms of violence against children under the new Agenda for Sustainable Development 2030.

The constitutionality of section 43 was challenged in 2004, but the Supreme Court of Canada upheld the constitutionality of section 43 of the Criminal Code and set limits on the force that parents/guardians can use in administering corporal punishment. Unfortunately, these limits have been interpreted and applied in contradictory ways by lower courts and have failed to protect children from harm in any significant way. These judicial parameters have simply painted a confusing developmental and anatomical map of permitted zones of corporal punishment that leaves children unprotected in circumstances where they are between the ages of 2 and 12, are hit below the neck, and are struck with a hand.

There are a couple of important distinctions to be made. First, the prohibition against corporal punishment does not in any way diminish the importance and appropriateness of non-violent physical discipline, which is required to provide guidance and promote healthy development and respect for the rights of others. Secondly, the prohibition against corporal punishment does not mean that parents, caregivers, and educators will be exposed to criminal charges for taking protective action to prevent or restrain children from being hurt (e.g., running in front of speeding car or touching a hot stove) or hurting others. There are provisions in the Criminal Code and through the common law which excuse such actions on the part of parents, caregivers, and educators.

Canada has enjoyed a well-deserved reputation for social justice and leadership in protecting vulnerable persons. But Canada is long overdue in ensuring that our youngest and most vulnerable citizens have the same protection against violence that is taken for granted by adults. As we approach the 30th anniversary of Canada’s ratification of the United Nations Convention on the Rights of the Child, it is time for Canada to step up to the plate and regain its reputation on the international stage as a principled and credible voice for children’s human rights.