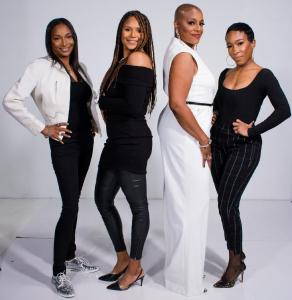 The Industry Professionals of Acre 41

MSO's want to buy out social equity qualifiers for pennies on a $$. They then add the licenses to their portfolios, not further social equity. The voters have spoken; DHS must get this right!”
— ~Celestia Rodriguez, Acre 41 Enterprises

PHOENIX, ARIZONA, USA, November 19, 2021 /EINPresswire.com/ — The Greater Phoenix Urban League and Acre 41 Enterprises, LLC, have sued the State of Arizona for its failure to implement the social equity provisions of Proposition 207 by issuing final regulations that undermine the will of Arizona voters. The lawsuit demands compliance with the intent of Proposition 207 the 2020 voter initiative that made recreational marijuana legal in Arizona and requires the State to issue 26 valuable marijuana dispensary licenses to individuals from “communities disproportionately impacted by the enforcement of prior marijuana laws.” The regulations proposed by the State undermine the will of Arizona’s voters by failing to ensure those 26 licenses will remain in the hands of individuals from disproportionately impacted communities after they’re issued by the Arizona Department of Health Services. As it stands now, the regulations proposed by the State do not prohibit venture capital firms and large, mostly white-owned, multi-state marijuana companies from snatching up all social equity licenses from the 26 successful applicants—effectively defeating the purpose of the voter-approved social equity program.

Most concerning to the Greater Phoenix Urban League, the regulations fail to ensure the 26 social equity dispensaries will be operated in a way that benefits communities most harmed by the “War on Drugs.” The lawsuit challenges the State’s failure to implement rules to establish a program for the operation and oversight of 26 social equity licenses and its failure to formulate rules that ensure the social equity dispensaries and related businesses are operated by individuals from communities the law was intended to help.

Acre 41 is a consortium of Black female entrepreneurs with broad expertise in the marijuana industry who have been instrumental in helping members of disproportionately impacted communities secure no or low-cost expungements of prior marijuana convictions and advising and assisting prospective social equity applicants. Since the passage of the law in November 2020, Acre 41 principals have been vocal advocates focused on protecting and preserving the 26 social equity licenses for people from DIA's, particularly Black, Brown and Indigenous people of color.

The Greater Phoenix Urban League is a non-profit organization whose mission is to support minority communities—including many communities disproportionately impacted by the enforcement of prior marijuana law—through economic empowerment and civic engagement. It recently changed its position regarding support for the burgeoning legal cannabis industry, recognizing the potential of the economic empowerment in those communities that have been most disproportionately impacted by the war on drugs. According to a spokesperson, "We have sat on the sidelines for too long in this industry. While we're sitting in jail, owners of dispensaries are becoming multi-millionaires. In Arizona, they have over 160 licenses that are primarily owned by MSO's or white men. These 26 licenses were specifically designated to be owned and operated by people from disproportionately impacted areas. The rights of the people in the DIA's to retain these social equity licenses must be preserved. No state agency should be able to promulgate any rules that usurp those rights for the obvious benefit of multi-state operators, who have shown no interest over the past 11 years to support people from DIA's".

Members of the media, industry groups/associations interested in lending their support to the litigation, or other interested parties should contact Plaintiffs’ attorney, Jimmy Cool, at the law firm Frazer Ryan Goldberg & Arnold, LLP. The lawsuit and related materials can be downloaded here.