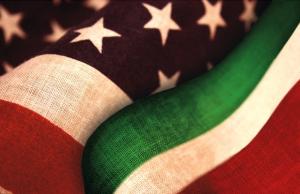 A steering committee of leaders of Italian American organizations set to meet with Representative Lee Zeldin this weekend.

A steering committee of leaders of Italian American organizations set to meet with Representative Lee Zeldin this weekend. On the agenda are critical issues fomented from a series of recent negative events that impact the Italian American community in the State of New York and the Tri-State area.

The impetus for the meeting is in reaction to New York Governor Kathy Hochul's recent handling of the Italian Americans Affairs Director position and her actions with respect to Columbus Day. After appearing at the New York City Columbus Day Parade last month, Italian Americans were shocked that Governor Hochul, for the first time in history, signed a proclamation declaring the second Monday in October as Indigenous Peoples Day.

“It is essential that our elected officials are sensitive to the Italian American community,” stated Mr. Ferrito. “We are hopeful that Congressman Zeldin will hear our concerns.” Congressman Lee Zeldin has announced he will not be seeking re-election to Congress but has set his sights on the New York Governor seat in the next election. Lee Zeldin has served as Congressman since 2014 representing New York's 1st District.

“We need to know where candidates for Governor stand with respect to the issues important to Italian Americans,” stated Mr. Fratta. “This is a great opportunity for us to hear directly from Congressman Zeldin on these issues.”

“The proclamation by Governor Hochul is an insult,” stated Mr. DiMino. “We look forward to this meeting with Congressman Zeldin and we welcome the opportunity to meet with any and all candidates to understand if they will support issues important to our community.”